Ben Lee had barely cracked the puberty code when he fronted renowned Aussie alt-rock combo Noise Addict, and as a well-weathered 16-year-old, he began his debut solo album, the mature yet still naive Grandpaw Would. Lee’s third album, Breathing Tornados, garnered best male artist and album of the year nominations in Australia. After 2002’s big-selling hey you. yes you., Lee started his own label and released the most upbeat album in his increasingly dark catalog, 2005’s Awake Is The New Sleep, requiring him to compose acceptance speeches for best male artist, best independent release and single of the year wins at home. Lee’s impressive string of successes continued with 2007’s Ripe, but the streak stopped with 2009’s The Rebirth Of Venus. The quasi-concept album of Lee’s ruminations on women was almost universally derided as half-baked philosophical twaddle set to a weirdly diverse pop soundtrack. Simultaneously, he was also examining the inherent power of dreams with Dr. Jan Lloyd, whose death last year inspired Lee to again brave the concept-album waters with Deeper Into Dream (Dangerbird), a loosely threaded set about the mind movies our brains script, direct and discard every single night. Lee will be guest editing magnetmagazine.com all week. Read our brand new Q&A with him. 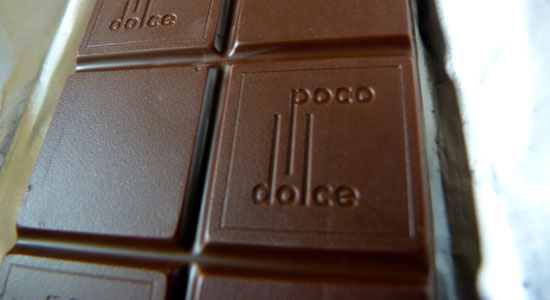 Lee: I really don’t know anything about this chocolate, except that Brad Wood gave me some for my birthday and I busted it out after lunch during a recording session one afternoon. It must have been the olive oil in the chocolate, I tell you; it is really the smoothest dark-chocolate experience out there. I sound like a dealer. But I sat around with the people I was working with truly marveling at the way this chocolate goes down.