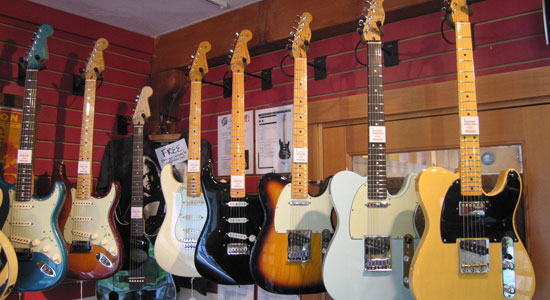 Holmström: Fender has been making high-quality small runs of specialized guitars and basses at their custom shop since 1987. Everything from replicating vintage models (that now cost more than a new car) to exact copies of famous interments (like Jimi Hendrix and David Gilmour’s Strats, Andy Summers’ Tele and Johnny Marr’s Jaguar) to one-off art guitars. Anything you could possibly think of has probably already been done by them, probably for Billy Gibbons. At the moment, they are refinishing a Coronado bass for Courtney. Soon I hope they will be making a couple of my far-out ideas!