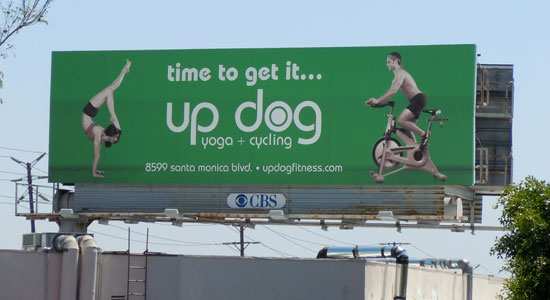 Starr: A couple years ago now, I met a friend of a friend who is a personal trainer. We were at a game night, and she offered to help me with my fitness routine. She kind of adopted me and our mutual friend, really wanting us to get in rock-star shape. After a few sessions, my friend fell off the wagon, but I stayed committed! We were working at a gym in Santa Monica: Equinox. I drove 45 minutes there and back from Laurel Canyon three days a week for eight months!!! Busted my fucking ass. I will tell you that those workouts were the hardest challenges of my life. I’m serious. And they taught me so much about myself: what I could handle that I thought I couldn’t … Anyway, the whole point of this story is that one day as we were walking up the stairs to start the daily torture, a dude stopped me and asked (very excitedly, I might add), “Are you Garrison Starr?!?!” I thought, “What the fuck?” It turns out he’s been a huge fan of my music for awhile, and he’s a spinning instructor. He reached out to me on Facebook, inviting me to his class for free anytime. His name is Adam Goldstein, and we’ve been friends ever since. I’ve been going to his classes at Up Dog Fitness on Santa Monica Blvd. in West Hollywood now for more than a year. I can’t explain quickly how much I’ve grown from the intensity of those rides, but suffice to say, I feel so lucky to be a part and to have found some exercise that challenges and inspires me in all areas of my life.

One reply on “From The Desk Of Garrison Starr: Spinning At Up Dog Fitness”

Spinning intimidates me! How awesome you get to do it for free! Perks, right? I just started the couch to 5k program, determined to make a change! Let’s run a 5 k together sometime! 😉