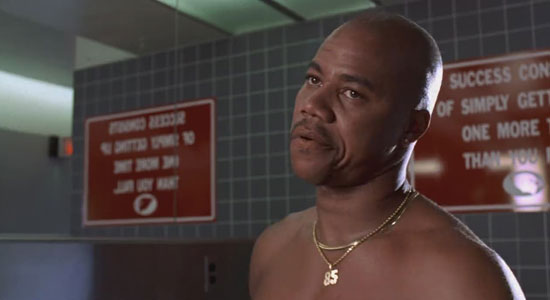 Starr: My girlfriend is constantly making fun of me for watching movies I like over and over again. There was a time in my life when I had just broken up a relationship and moved into my own apartment for the first time in years, and I had three VHS tapes. It became a running joke among my friends: “What are you watching tonight, G? Jerry Maguire, A Few Good Men or Remember The Titans?” I guess I was too lazy to hit the video store. Or maybe those movies were just a source of comfort for me. Either way, times haven’t changed. These days, I have The Social Network, Cedar Rapids, As Good As It Gets and The Shawshank Redemption on the DVR, and I rotate. Not to mention, the movie channels do play some gems every week. I find some pretty good life tips in all those classic lines. One of my faves is “See, that’s the difference between us. You think we’re fighting, and I think we’re finally talking!!!” (from Jerry Maguire).