Perils From The Sea is a collaboration between Jimmy LaValle of the Album Leaf and Mark Kozelek. It’s a set of long, somber songs that melds LaValle’s spacious, orchestral electronic instrumentation with Kozelek’s forthright and world-weary vocals. They’re transfixing, often beautiful, sometimes unsettling. The collaboration grew out of mutual admiration. Kozelek had seen LaValle play a few times, both in his old band Tristeza and the Album Leaf, and was impressed; and he is a fan, especially, of Torey’s Distraction, last year’s soundtrack album from the Album Leaf. LaValle will be guest editing magnetmagazine.com all week. Read our new feature on him and Kozelek. 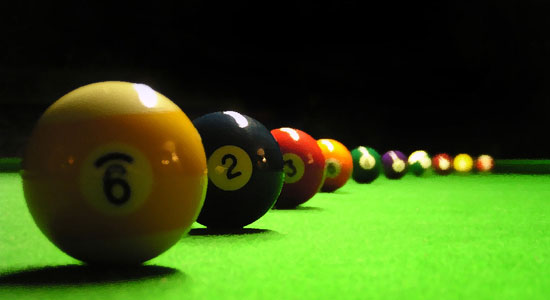 LaValle: I’m an avid Pool (billiards) player. It started with killing time on tour. Most bars have pool tables. Somewhere along the way, I got serious about it and now love the game. I can spend hours watching pool videos on YouTube. I won’t speak of my skill; I’ll just say I own some trophies. If you see me near a pool table, challenge me!