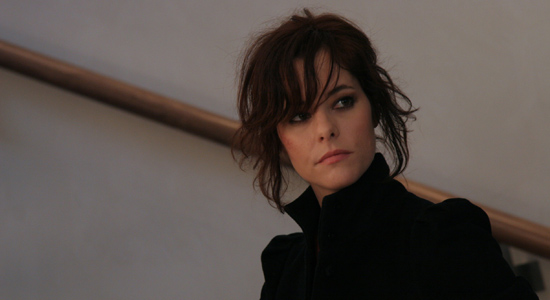 Time marches on for the Grim/Fool clan in Fay Grim, the second installment of this sharp Hal Hartley trilogy, shot nine years after the opening volley, Henry Fool. The tone of the work hasn’t changed. It’s not ultra-realism or even pseudo-realism—more like some other, slightly uncomfortable, pressed off center realism. The only work that even comes close is Spike Jonze’s Being John Malkovich.

Henry Fool is presumed by the law to be on the lam in Europe, seven years after being smuggled out of the country with a fake passport, cooked up by his brother-in-law, Simon Grim, now serving time for aiding a wanted criminal. What Henry, who’s been incarcerated for being caught in flagrante delicto with a 13-year-old girl, is wanted for, this time around, is never made quite clear. Henry’s wife Fay (Parker Posey), is raising their son Ned, now 14, and there are problems. “Ned brought this pornographic device to school today and was caught showing it to other children,” says the boy’s principal to Fay. Ned shows his mother how to operate the Edwardian-era peep show device, something that wouldn’t cause a ripple in today’s sludge-choked river of bad taste.

During visiting hours with her brother, Fay pleads with him, “Simon, you’ve gotta get outta jail! I can’t handle all this on my own. Ned needs a father figure, or something.” Simon (James Urbaniak) replies, “What do you want me to do, escape?” She tries to explain, her words bumping into one another. “You might be eligible for early parole on account of your good behavior.” “I won’t be eligible for that until a couple more years,” he says, breathing deeply.

“I can’t wait that long,” Fay groans. “They’ll send Ned to reform school. And he’ll be in prison before he’s old enough to get a driver’s license.” Simon shakes his head in resignation. “Look, if you need anything at all, just ask Angus.” Ned (Liam Aiken), who’s been sitting quietly all this time, pipes up: “She’s got a date with him. He’s taking her to the theater and supper afterwards. He calls her all the time.” Fay faces the boy and hisses, “Evaporate!” Veins deepen on Simon’s forehead as he asks, “You’re dating my publisher?” She snaps back, “You got a problem with that?!”