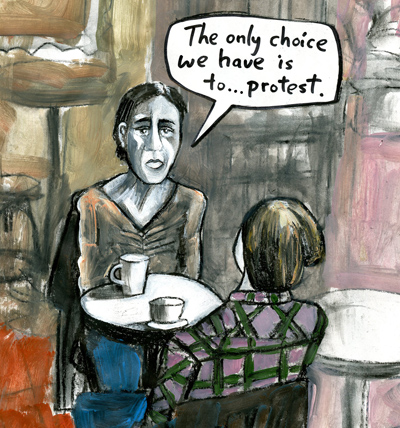 Every Saturday, we’ll be posting a new illustration by David Lester. The Mecca Normal guitarist is visually documenting people, places and events from his band’s 31-year run, with text by vocalist Jean Smith.

Back in July of 2014 we played a handful of shows between Vancouver and Portland, the first of which was in a small boat! This set includes the debut of “Anguish/Misogyny,” which we’ve played quite a few times since, but have yet to record and release.