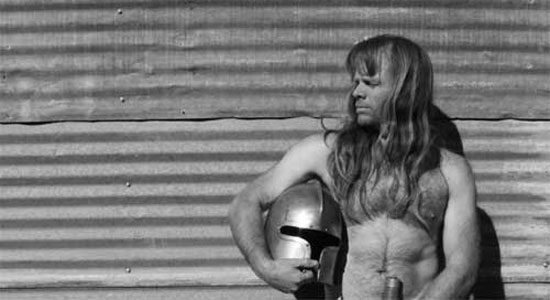 Andrew Elstner: Something I do literally before every tour is re-read How To Tour In A Band Or Whatever by Thor Harris. You can find it pretty much everywhere after a simple Google search. Sometimes, I’ll read it again while on tour. For touring musicians, there are a few sources of knowledge that are absolutely fundamental. You must watch Spinal Tap, then, watch it again. You must read Crazy From The Heat by David Lee Roth; this book is invaluable. And you must read Thor Harris’ advice for touring. A few of my favorite entries follow … “Don’t Complain. Bitching, moaning, whining is tour cancer. If something is wrong fix it or shut the fuck up you fucking dick. Goddamn.”

Fuck. Yes. This first rule strikes like a bolt of lightning. Bandmates both current and former will admit, I can be a real dickhead when it comes to calling you out for whining and/or complaining. I have my faults, too. But then I get all meta and wonder if me complaining about your complaining is in itself, a complaint? Am I “fixing” it? Maybe I just need to work on my delivery. Either way, this truth hurts and complaining is fucking exhausting whether on tour or anywhere in your life in general. Fix it, or shut up. “Respect public space in the van. Don’t clutter, you Fuck.” Oh! Feel the burn. For anyone with OCD tendencies, this one will really hit home. I realize that no one is cluttering on purpose and everyone is guilty at some point, but do not underestimate the emotional impact of both a well-maintained and an absolutely busted van interior. Clean that shit up; all the sudden it seems easier to breathe, yeah? Pretty amazing.

“Don’t evaluate your whole life while you’re sitting in a janitor closet waiting to go on. You think you’re above having shitty days at work? Shut up and do your goddamn job.” Wack! Like a slap to your stupid, tour-tired dome. This one above all really crosses all work/life boundaries. Have some perspective on your situation, focus on the positive because there is always something positive. If you can’t think of anything positive, harden the hell up and get to work playing music for chrissakes.