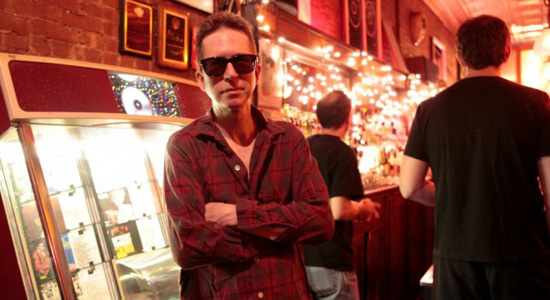 Three years ago, Feelies guitarist Glenn Mercer had the idea to create atmospheric accompaniments to the pictures in his mind, folding in not only his guitar influences, but also subliminal movie-soundtrack references—particularly spaghetti-Westerns and horror films. He called the project Incidental Hum, burned CD-Rs of the recordings and sold them at Feelies shows. Incidental Hum is finally getting an official release, and it’s a fascinating peek into Mercer’s attic of influential detritus. “Hana” sounds like a George Harrison outtake, “Kara Sea” bubbles and boils like a J Mascis slow-burn, and “Winslow” drifts along like vintage Robert Fripp. Mercer’s three covers are perhaps the most telling; “Somewhere Over The Rainbow” reveals Mercer’s dedication to traditional melody, even as he fiddles with context; “Third Stone From The Sun” shows his debt to Jimi Hendrix as a guitarist and innovator; and his swingy spin through “Here Come The Warm Jets” spotlights his love of Brian Eno’s art-damaged classicism and experimentalism.