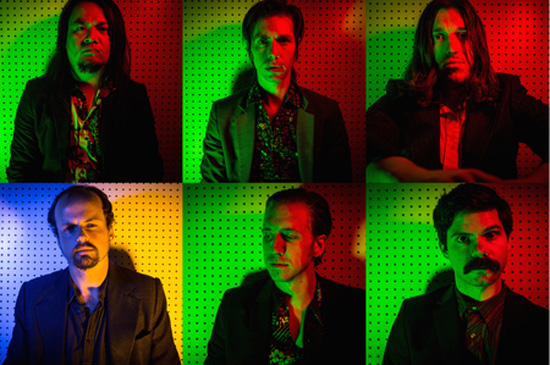 Since arriving some 13 years back, the diseased minds within California’s Icarus Line never intended to be your pals. They wanted to be contrary, confrontational, difficult—as if punk took more the no-wave path in its infancy, rather than merely re-energizing traditional rock ‘n’ roll forms. With its eighth studio full-length release, the Icarus Line has created a masterful artistic achievement that can scarcely be listened to. The musical sweep is epic, highly orchestrated, far from the Black Flag-meets-the Birthday Party bashing that was its initial m.o. Now the band seems to have entered its Nick Cave And The Bad Seeds phase, right down to a Warren Ellis cameo. Except Cave and crew never unleashed anything as malevolent and destructive as the music here. Musically alone, visions of hatred, violence and chaos are evoked—unrelenting negativity. The Icarus Line has now created music so evil that black metal sounds like nursery rhymes in comparison.