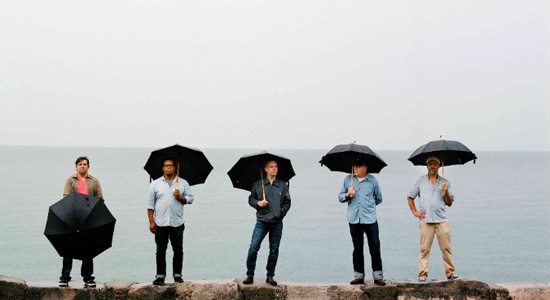 The Catastrophist is the first new Tortoise album since 2009, due out from Thrill Jockey on January 22. The band will tour North America and Europe early next year in support … Neil Young has announced the November 13 release of Bluenote Café, his latest Performance Series release from the Neil Young Archives, via Reprise … RCA will issue the new Cage The Elephant album, Tell Me I’m Pretty, on December 18 … The 14th studio album from Squeeze (and first in 17th years), Cradle To The Grave, is set for a November 13 release on Virgin … The 40th anniversary of Jethro Tull’s Too Old To Rock ‘N’ Roll: Too Young To Die! will be honored with an expanded two-CD/two-DVD set containing unreleased music and footage on November 27 via Chrysalis … Angels & Ghosts, the new album from Dave Gahan & Soulsavers, is due out from Columbia on October 23 … A Sunny Day In Glasgow will release a double EP, Planning Weed Like It’s Acid/Life Is Loss, on November 13 via Mis Ojos Discos … UMe/Tradecraft/T-Boy Records have announced the January 22 release of Megadeth’s fifteenth studio album, Dystopia … On November 20, a four-disc collection of 100 rare Frank Sinatra tracks, Frank Sinatra: A Voice On Air (1935-1955) will be available from Legacy … The soundtrack to Roger Waters The Wall, the acclaimed feature film by Roger Waters and Sean Evans, will be released by Columbia/Legacy on November 20 … Celebrate Ornette is a deluxe, limited-edition boxed set paying tribute to Ornette Coleman, due out from Sound X on January 29 … Moonsocket’s first album in 18 years, Eurydice, is set for a November 6 release via Noyes … The Jayhawk’s Gary Louris and the Old Ceremony’s Django Haskins have teamed up to form Au Pair. Its debut album, One-Armed Candy Bear, will be released by Sham/Thirty Tigers on November 13 … The 20th anniversary of Goo Goo Dolls’ A Boy Named Goo will be celebrated November 27 with special vinyl, CD and digital releases featuring previously unreleased live tracks … Nonesuch will issue the complete soundtrack recording of Laurie Anderson’s Heart Of A Dog film on October 23 … On December 4, Margot & The Nuclear So And So’s will release The Bridge On The Boxcar—A Decade )f Margot Rarities: 2004-2014, a five-LP boxed set of unreleased tracks, via Joyful Noise … Pantera’s legacy will be commemorated on a studio boxed set, The Complete Studio Albums 1990-2000, due out from Rhino on December 11 … Rhino’s yearlong 40th anniversary celebration of Rush will continue on October 23, with the vinyl reissues of Presto and Roll The Bones. Counterparts and Test for Echo will follow on November 6 … Two Red Red Meat classics, Jimmywine Majestic and Red Red Meat, will be reissued by Jealous Butcher on November 6.