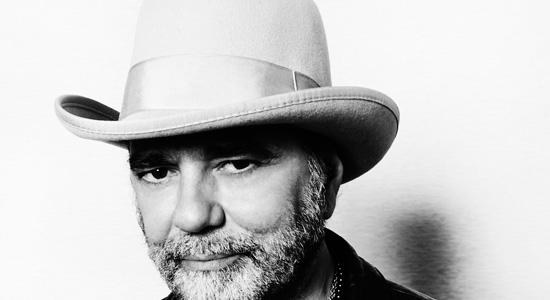 Parmet: Here are some of my favorite guitar players. They are not the biggest names in the business, but they are all legends in their own right. Their playing is understated, more about vibe and feel than technical virtuosity.

Daniel Lanois
Famed producer, with credits including Bob Dylan, Peter Gabriel and U2, just to name a few, he’s also a celebrated musician and solo artist. As a guitarist, much of his playing is devoted to the pedal steel, although he veers far away from the country ‘n’ western swing styles that are usually heard from the instrument. His approach is more hymn-like. He refers to the instrument as his church in a suitcase. I don’t want to give the impression that his playing is entirely quiet and delicate, though. He can get plenty loud and aggressive, especially when playing the electric guitar. The tone he gets from the instrument (usually a 1950s goldtop Les Paul) and the way he manipulates feedback and distortion reminds me a lot of Hendrix.

J.J. Cale
J.J. Cale is a very important figure in my musical development. I love his early solo records. He showed me a new way to feel the groove. Steeped in blues, R&B, country and swing, his playing occupies that sweet spot just slightly behind the beat. The result is a relaxed, laid-back, natural swing. His delicate touch on lead is subtle and expressive. There is no mistaking his tone.

R.L. Burnside
He’s probably my favorite bluesmen. I love his rhythmic drive, especially on the early recordings, where it’s just acoustic guitar, vocals and foot stomping. I’ve never heard anyone play acoustic blues with as much groove and feel. The timing is impeccable. In later years, he recorded and toured with the Jon Spencer Blues Explosion. The album they made together, A Ass Pocket Full Of Whiskey, is just about the toughest thing I’ve ever heard.