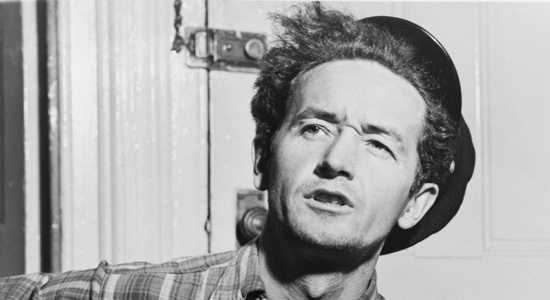 Cook: Thank god these posts are so short, otherwise I’d have to do more than rant. Also, it’s great not being a writer in any other capacity than in five-minute songs, because I can shirk any sense of journalistic responsibility. With those freedoms, I have an unsupported, somewhat dubiously arrived at opinion to share.

For the most part, modern American folk music is dog shit. I should add the caveat that I’m referring a particular breed of it. Radio friendly indie-folk. Less interesting than Taylor Swift, more banal than “The Secret” and certainly the most placating of musical genres. From the bite and anger of Woodie Guthrie, through the irreverence of Bob Dylan, we have arrived at the chorus-driven, chant-enriched tap water that passes as suitable in a once great genre.

I really don’t take much issue with radio-friendly pop music at large, because, for the most part, it’s always existed. Its job is to placate, to soothe, to play in the background of a shitty life. Its eagerness to please is what makes it great. The fact that it’s so familiar, so easy, that’s what makes it pop music. That’s its fucking role. But with the advent of indie-folk, and the introduction of its slicker practitioners, America found the ultimate lullaby. Music couched in tradition, with serious intentions, that had been turned into fit to form Volkswagen commercial fodder.

In fact, with its long, unison, sing-along chants, light instrumentation, and hand claps, it’s hard to think of this genre as anything more than nursery rhyme. They are turning America into a pre-K drum circle, and letting their school board of Sony, Universal and Warner dictate the curriculum. I will stop well short of quoting Marx here, but you get the picture. Any music that convinces its audience to underestimate their own intelligence, just sit still and be happy and kind can burn in the same hell they sent Marshall Applewhite to.

Again, there is a time and context to just enjoy music, I understand that. But the pervasiveness of this culture of coddling is dangerous, and the torch bearers of indie-folk are lighting the path to an even stupider, less vibrant culture than we’re already in. But at least you’ll get some good sleep.