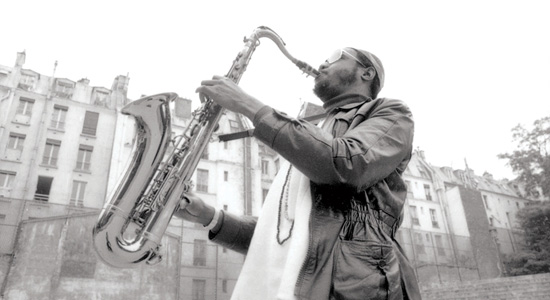 The inaugural releases by AUM Fidelity were by the David S. Ware Quartet and William Parker’s Little Huey Creative Music Orchestra. Eighteen years later, the label’s latest records are a double CD by Ware, who passed in 2012, and a single disc by Parker. Give ’em credit for consistency.

Birth Of A Being, which was originally recorded in 1977 and released by Hat Hut Records, was Ware’s first recording under his own name. It demonstrates the extent to which his concept of gathering the energy of uncompromising (but empathetic) accompanists and projecting it through his tenor-saxophone improvisations had already been formed. Even though Ware’s huge tone puts him at the center of the sound field, this is collective music, shaped just as much by pianist Cooper-Moore’s quick runs and Marc Edwards’ surging drums. An extra CD of outtakes improves upon the original by illustrating the depth of the trio’s lyricism.

Parker was Ware’s preferred bassist, but on Great Spirit, he subordinates his improvisational fire to the demands of self-penned songs that express his spiritual utopianism. Singer Leena Conquest’s phrasing draws on pop and gospel as well as jazz—there’s even a prayerful closer that is proffered for Whitney Houston to sing. Conquest’s inclusive approach recalls that of June Tyson, Sun Ra’s preferred singer, and like Ra, this music is dedicated to redeeming a humankind that mostly ignores it.