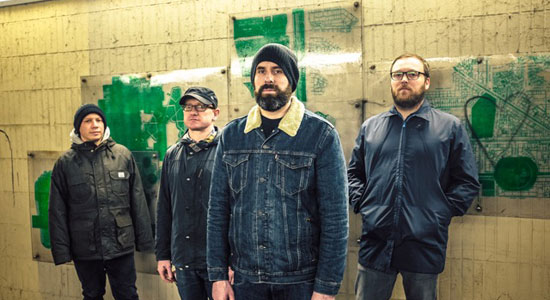 Mogwai’s latest foray into soundtracks differs from its previous film and TV scoring, and not only in subject matter. Recent efforts have included Zidane, a documentary that followed one of the famed French soccer player’s final matches, and Les Revenants, a French zombie drama series. It’s also technically not even a soundtrack.

Atomic instead comprises expanded and reworked versions of tracks that made up the score to a BBC4 documentary of the same name that compiled archival footage to paint a cautionary, albeit vague, picture of a world embroiled in nuclear panic from the Atomic Age to the present.

Nowhere near thrilling in its scope as CODY or as delightfully unpredictable as 2014’s majestic, surprisingly synthesizer-flecked Rave Tapes, Atomic offers rare glimpses into the band’s writing process and exists as an anomaly in Mogwai’s catalog that’s sure to intrigue diehard fans, but offers little more to anyone else.