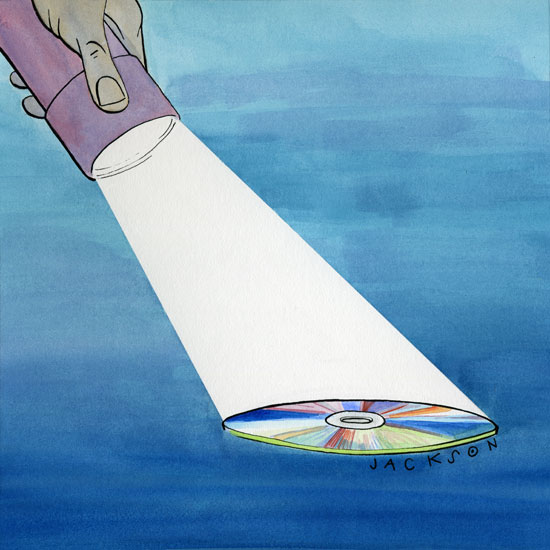 I was starting to think that I really hated technology when it came to its effect on music. Then I thought, no, hate isn’t the right word. It’s too strong. It’s more like I resent what technology has done to music.

I’m not talking about digital recording or EDM or anything technology-related as far as the production or the sound of music. Well, except Auto-Tune. The sonofabitch who invented that should be gutted and left somewhere to die. But I’m talking about the developments that have taken all of the mystery out of music.

Example: I tell this on myself because I trust you and I know you would never use it to mock me at some later date, especially if we had a few drinks in us. Anyway, when I was younger (but not all that young; this lasted into my late 20s or early 30s), I didn’t know that the song “I Want To Tell You” was by the Beatles.

That doesn’t seem like a really big deal, probably. But you have to understand that I really, really liked the Beatles. I read everything I could get my hands on about the Beatles. This was only the late ’70s or early ’80s that we’re talking about. There’s a shit-ton more Beatles material to read now than there was then. But still, I knew a lot about the Beatles, but for some reason, I didn’t know that they did “I Want To Tell You.”

One excuse for this would be that I didn’t know the song at all, but I did. I not only was familiar with “I Want To Tell You,” I liked it a lot. It’s a great song. I knew that much. I just didn’t know that it was by the Beatles.

I had a lot of Beatles stuff on record, but for some reason, I had never gotten Revolver. Not until much later. There was a point in my life where I kind of lumped the “early stuff” together and viewed everything from Sgt. Pepper on as more deserving of serious scrutiny. At least I thought the later albums were more distinctive as albums, whereas the pre-Sgt. Pepper stuff was most easily handled by listening to greatest-hits records.

That isn’t a terrible idea, frankly. It’s just that I should have been smart enough to realize that the “serious” albums should have included Rubber Soul and Revolver. But I didn’t. And in that little gap between my good intentions and my dumbass execution, I somehow overlooked “I Want To Tell You.” And remember, George sings “I Want To Tell You.” It’s not like I didn’t know any of George’s songs. I just didn’t know that was one of them.

If this happened to me in 2016, I would Google a line or two from “I Want To Tell You” and—voila—there would be a zillion entries explaining to me that it was a Beatles song. Actually, Google returned 2.43 million results in exactly 1.45 seconds. The mystery of the poppy English song would have been solved faster than I could sing a line from it.
And that’s really great, but it’s also kind of sad. The wonder I felt when I finally realized it was the Beatles was palpable. Not only wonder that it was a Beatles song, but wonder that I had somehow managed not to know that. It seemed incredible. And while I like the song just as much now, it was actually kind of cool when I would hear it and wonder just who exactly it was. The Hollies? The Zombies? The Pretty Things?

No, nitwit, it’s the fucking Beatles.

A similar mystery: I never knew what the Faces’ “Itchycoo Park” sounded like. I would see a reference to it in an article and be mystified. How could I not know a song that was that well-known?

Again, if that happened now, it would take five seconds on Google to resolve the issue. But that will never compare with the strange elation that overcame me the day these two separate strands finally tied themselves together. Ohmygodthat’sfreakingItchycooPark?!?!?!?

Mystery is good when it comes to music or, really, any art. It’s OK to have little epiphanies and moments of discovery and wonder.

There was an album I spent about two years looking for back in the early 1990s. It was called Town + Country by the Rave-Ups. It was out of print at that point and only avail- able as a German import. Whenever I traveled for work, which was pretty often, I would check whatever cool local record store was nearby and ip through all the “Misc R” discs.

Then one day, at Third Street Jazz And Rock in my hometown, there it was. One copy. I can still remember the chill that ran down my spine. And I have to say, I’ve never felt that chill from searching for an artist or album on iTunes, or from Googling an album and finding it available by direct download from a record label.

But then, the other day, for reasons best left unexplained, I was Googling Vincent van Gogh. In doing that, I thought of Don McLean’s song “Vincent,” which I always really liked. So I Googled McLean and Vincent and wound up reading about ve Wikipedia pages about McLean and “Vincent” and “American Pie,” McLean’s most famous song.

So there was the technology that I resented providing me with some surprising and compelling information (Roberta Flack’s hit “Killing Me Softly” was written about McLean; he was the guy “strumming my pain with his fingers”—I did not know that).

I was scrolling through my Twitter timeline this week and came across this little item: A label is going to re-release the Rave-Ups’ Town + Country this year. The new release will include 11 previously unreleased tracks.
The me who stumbled around America trying to find a CD copy of that album wouldn’t have known what Twitter was, let alone how it could deliver news like that almost instantly. But that me would’ve just been pretty damn glad to get the album. The technology has changed, but the music is still the point. At least I think it is.