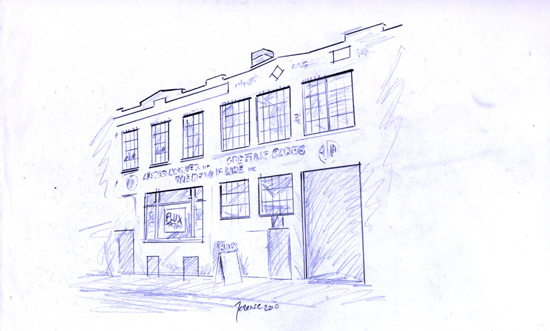 Zedek: This is a super-cool art collective that started in NYC in 1993, and I’ve been lucky enough to have become acquainted with the collective and some of their artists over the past few years. They run a year around artist residency from their base in Long Island City, Queens, where they host exhibits and happenings, almost always free to the public. This year they had a Fung Wah Biennali, a exhibit that traveled between all of the North Eastern destinations that can be reached by New York’s “Chinatown” buses. The artists who pass through there stay tightly connected and have spread the “Fluxer” network of artists and friends around the world at this point. Find a “Fluxer” near you and give them a hug!