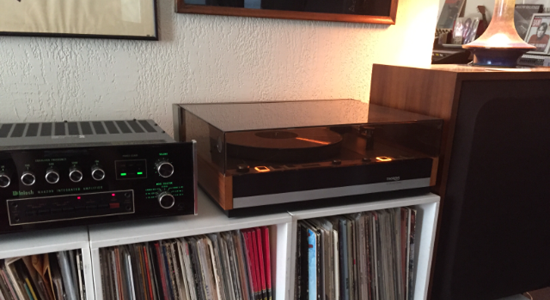 Falkner: Consists of a 1973 McIntosh MA-6200 integrated amplifier, 1977 Thorens Td 126 turntable and early-’70s JBL Jubal speakers. I spend more time listening to vinyl than just about anything else, and this fairly high-end vintage system sounds so damn good! I’ve been through countless other components in my decade plus of hunting, and with this combo I’ve stumbled upon sonic nirvana. Unlike so many, I never stopped buying vinyl, so my collection is pretty intense … full of curated rarities. It’s a happy maker