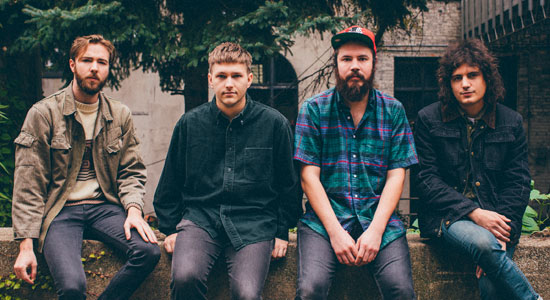 If all the classic rock ’n’ roll roads have already been traveled, nobody bothered to tell Chicago upstart Ne-Hi. That’s not a slight in the faintest: The crew’s dynamic and rollicking Offers is informed by generations of proto-, post- and revivalisms. Initially conceived as a film-scoring project and forged in the basement show circuit, Ne-Hi’s taut and economic approach is instantly lovable. Echoes of guitar-worshipping contemporaries like Broncho, Car Seat Headrest and fellow Chicagoans Twin Peaks abound as vocals and lead lines intertwine on “Sisters” and “Everybody Warned You.” The influence of more steady-handed pickers, namely Peter Buck and David Roback, is apparent in the control and restraint on the title track and the slide-heavy “Every Dent.” The closing track, “Stay Young,” is an anthem that could very well serve as the band’s ebullient m.o. Culling from these touchstones and more, Ne-Hi cobbles together a greatest hits of sharp songwriting and sharper axe-slinging.