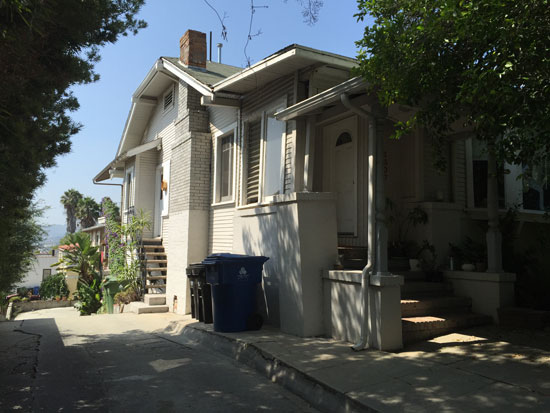 Falkner: Unfortunately, at this point, I’m still a renter and my recording-studio criteria forces me to rent free-standing structures (house not apartment) due to my drum and guitar amp noise “pollution.” My last place (where I recorded Make It Be and 10 other records) was demolished by the new landlords a couple years ago, so I found myself on the rental market again after many happy years in that place. Well, there had been some developments as far as prices in seven years, so I wound up paying double for my current place, but I’m so happy living in my new area and I walk down and up my very steep hill to great bars and restaurants many nights a week. It’s the only exercise I get