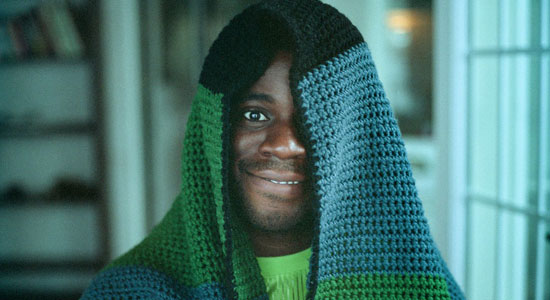 The first “proper” album from this precociously prolific Chicago trans-genre polymath places him (at least for the moment) in the proud lineage of hip-hop weirdos, from Kool Keith on down to Lil B. More precisely, perhaps, the nerdy, mildly neurotic offshoot of indie-rap MCs like Busdriver (who gave us the highly apropos coinage “avantcore”) and WHY?’s Yoni Wolf. But don’t box him in too tightly. Nnamdi Ogbonnaya’s got swag (“ridin down Grand like a bic on the check of a mogul”), puns (“kill it even when I’m clowning/Stephen King me with the crown”), internal rhymes (“better have brought you a towel to throw/‘cause I’m towering over your cowardly flow”) and shit-talk (“pat yourself on the back with an axe”) to spare—including abundant drool-related disses (one a Built to Spill riff!). Ogbonnaya’s got a versatile flow that flits fluidly between singing and rapping (and, occasionally, some magnificent squeaking). He’s got fresh, unpredictable tracks (all but one self-produced) that nod to hypercolor trap, video-game soundtracks and polyrhythmic African funk. He’s also, intermittently, got plenty to say—thoughtful takes on sex, love, mental health, police violence, etc. It’s offbeat but hardly inaccessible, undeniably virtuosic, readily addictive stuff. As Kendrick might say (and I’m sort of shocked Ogbonnaya doesn’t): salivate, salivate, salivate, salivate.