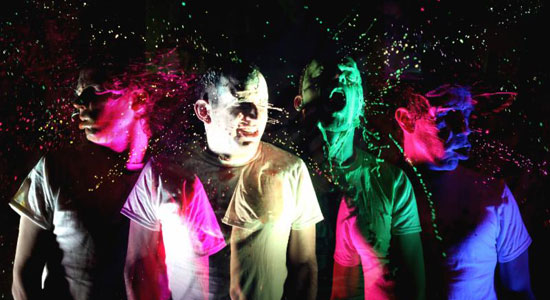 Probably a much bigger deal across the pond than in its country of origin, and with longtime support of the Warp label, OG dance-punks !!! (“chk chk chk”) have been regularly cranking out organic (as in, created as a live band—even in the studio) calls-to-the-shaking-of-ass since their 2001 debut. In fact, this band of ex-hardcore folks formed in Sacramento, Calif., in 1996 with the purpose of putting some rhythm, fun and smarts into the then-emerging post-punk revival. The band’s early efforts also spoke to the exploding electronica and IDM genres well before LCD Soundsystem broke onto the scene. While a lot of the scratchy guitar has long since been worked out of !!!’s system, sixth album Shake The Shudder continues to reinvigorate a love of Arthur Russell’s late-’70s groups (particularly Loose Joints and Dinosaur L, plus other left-field disco gems). The album also contains enough experimentation and cleverness to stand on its own in !!!’s decidedly confusing and overpopulated sub-genre.