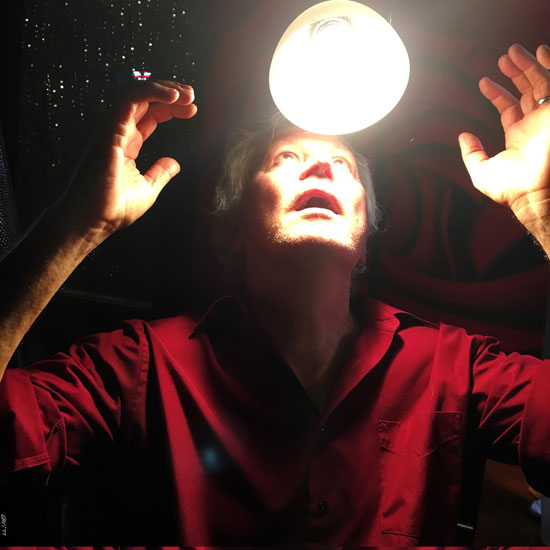 Robert Pollard (high)kicks off his 101st full-length record with a song so catchy you’ll wear out the repeat button (or the turntable stylus) playing it over and over again. With its simple riff and typically anthemic chorus, the immediately indelible “The Birthday Democrats” amply proves that Pollard’s unprecedented creative spark shows no signs of going dark. As you will hear, the rest of Guided By Voices‘ How Do You Spell Heaven confirms that notion. Pollard ceded the spotlight to his bandmates—guitar wizard Doug Gillard, drummer Kevin March, bassist Mark Shue and second guitarist Bobby Bare Jr.—on a fair amount of August By Cake numbers, but the streamlined, consistent Heaven is all Pollard-penned, even the instrumental “Pearly Gates Smoke Machine,“ which features Gillard dealing off a litany of hot licks. The songwriting deity admits “I dream of drinking” on “Cretinous Number Ones” and implores you to “take a shot with your eyes down” on the burst of melodic power pop that’s “Diver Dan.” Clearly, the church, er, the club is going to remain open for a while. Let us pray.

MAGNET is proud to premiere How Do You Spell Heaven. When you’re done listening, watch the official trailer for the album below.