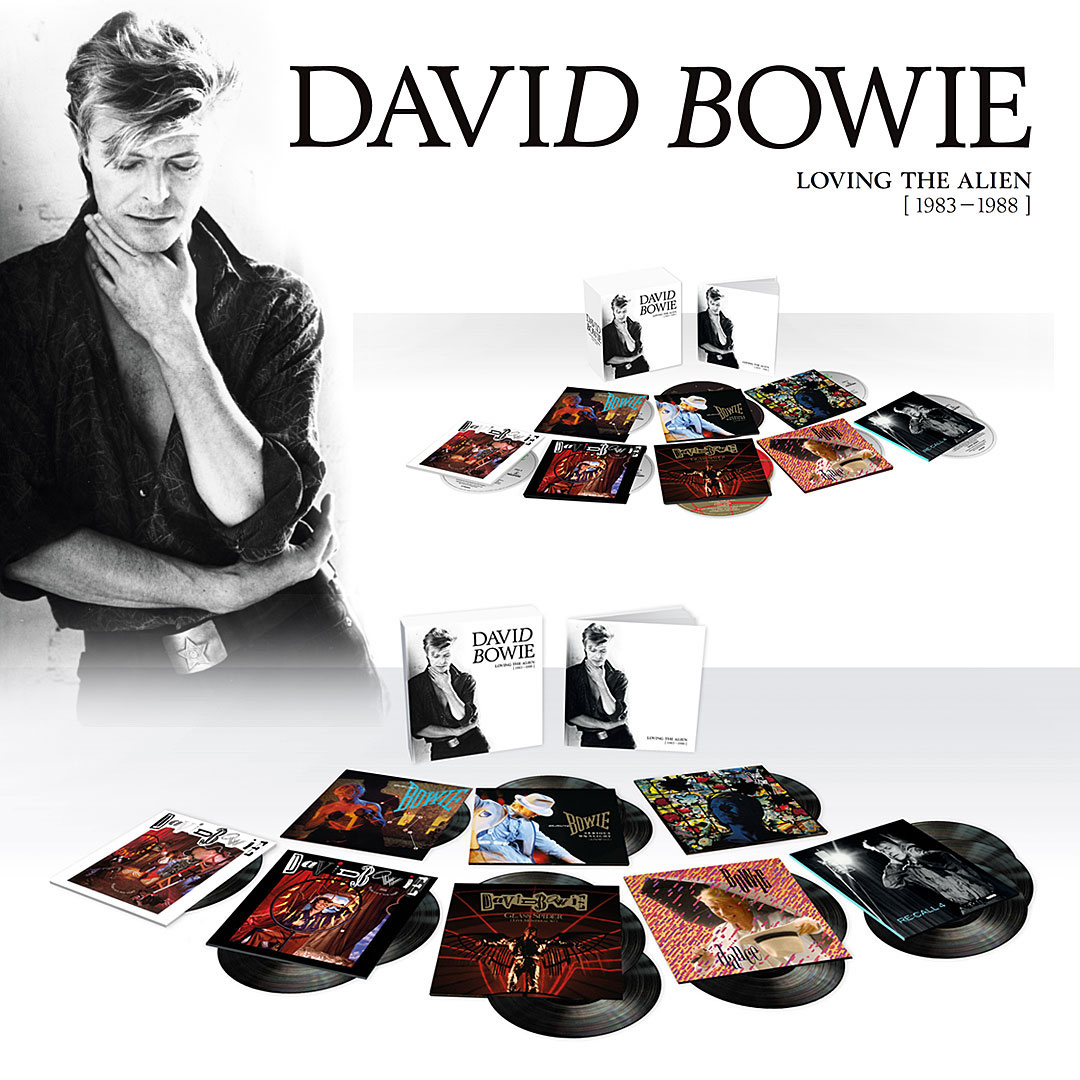 Part four of a career-spanning series of David Bowie boxed sets that already includes Five Years (1969-1973), Who Can I Be Now? (1974-1976) and A New Career In A New Town (1977-1982), the 11-CD or 15-LP Loving The Alien (1983-1988) is out October 12 via Parlophone/Rhino. It contains remastered versions of Let’s Dance, Tonight, Never Let Me Down (as well as a newly recorded version of that LP) and the live Glass Spider (Live Montreal ’87) (exclusive to the vinyl set), plus the unreleased live Serious Moonlight, remix record Dance and odds-and-sods collection Re:Call 4 … Out now on Columbia/Legacy is Bob Dylan‘s two-CD Live 1962-1966: Rare Performances From The Copyright Collections … The Cherry Red label concludes its A Decade In Music reissue series for ’80s indie cult band Felt (ask your cool aunt) on September 14 with remastered versions of Lawrence and Co.’s final five albums: 1986’s Forever Breathes The Lonely Word, 1987’s Poem Of The River, 1988’s The Pictorial Jackson Review and Train Above The City and 1989’s Me And A Monkey On The Moon … Phil Collins has collaborated with a lot of big names over the years, and on Plays Well With Others (Rhino, September 28), he’s compiled 59 of those tracks, including songs with the likes of Paul McCartney, Brian Eno, George Harrison, John Cale, Peter Gabriel, Eric Clapton, Robert Plant, Bee Gees, Lil’ Kim, Tony Bennett and good buddy (and MAGNET fave) John Martyn … Light In The Attic continues its amazing Lee Hazlewood archive series on September 14 with Woodchucks Crusin’ For Surf Bunnies, a lost instrumental surf album from the early ’60s featuring songs that were later recorded by the likes of Dick Dale, the Ventures and John Paul Jones … Unicorn released three albums in the mid-’70s that were produced by Pink Floyd’s David Gilmour that have remained fairly obscure; Omnivore is trying to change that October 5 with Laughing Up Your Sleeve, a 20-track set of unreleased demos recorded in Gilmour’s home studio … Fastball’s All The Pain Money Can Buy gets the remastered, 20th anniversary treatment November 9 via Omnivore on CD and vinyl, with nine bonus tracks (four previously unissued) … Every music nerd between the ages of 45 and 55 worth his or her weight in Teardrop Explodes vinyl had a high-school post-punk band, so why would Ben Stiller be any different; on September 14, Captured Tracks is reissuing Capital Punishment‘s sole album (1982’s Roadkill), so now you can be the judge if Gaylord Focker was indeed a punk rocker … Joni Mitchell‘s Both Sides Now: Live At The Isle of Wight Festival 1970—which documents her very brave and ballsy performance at the tumultuous (to say the least) music festival—is out on Blu-ray via Eagle Vision on September 14 … For Discos Only: Indie Dance Music From Fantasy & Vanguard Records (1976-1981) is a five-LP or three-CD set compiling 31 tracks (mostly rare 12-inch mixes) from the likes of Sylvester, the Players Association, the Blackbyrds and Poussez!; it’s out August 24 on Craft Recordings … The Lord Of The Rings: The Return Of The King: The Complete Recordings (Rhino, September 22) is a six-LP boxed set compiling all the music from the movie; it’s also available as a four-CD/Blu-ray edition