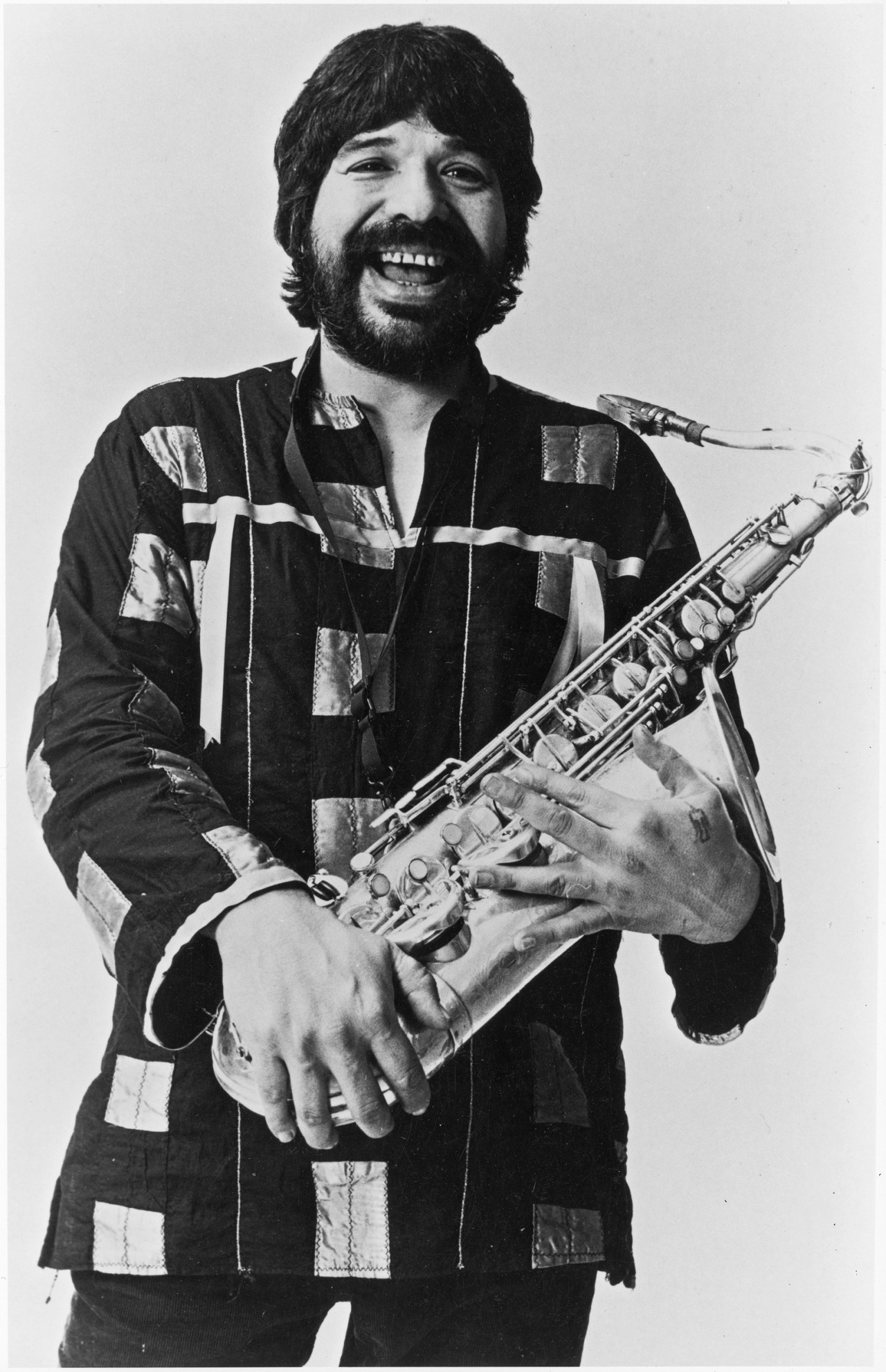 MAGNET’s Mitch Myers packs his peyote and takes a trip through the history of “Witchi Tai To,” a minor-hit jazz-fusion song written by a little-known Native American sax player that remains relevant half a century later thanks to some almost-famous friends

It’s 1969, OK? And there’s something in the air. Native American saxophonist Jim Pepper had been part of the first ever jazz-rock fusion group, the Free Spirits, but the band broke up after guitarist Larry Coryell and drummer Bob Moses split to play with vibraphonist Gary Burton. Pepper and the other members morphed into an eclectic rock group called Everything Is Everything and released an album titled Everything Is Everything (Featuring Chris Hills). Despite Hills’ top billing, the album’s lasting contribution turned out to be the unique Pepper tune, “Witchi Tai To,” a hypnotic chant and haunting melody based on a tribal peyote ritual he had learned from his grandfather.

Pepper was of Kaw and Creek descent, and his novel song arrangement tapped into an older, divine sense of the spiritual self in relation to the physical world, which appealed to the burgeoning hippie culture of the late ’60s. This was the same era books like Carlos Castanada’s The Teachings Of Don Juan: A Yaqui Way Of Knowledge were becoming popular, and Castanada’s mythic encounters with the great and powerful mescalito gave peyote use an irrevocable modern mystique. Like, what’s cooler and more authentic than a sacred drug song?

For one brief moment, “Witchi Tai To” was a late-night underground FM-radio staple, turning the collective heads of the love generation including wayward rock musicians, L.A. studio rats, young jazzmen and moccasin-wearing folksingers, too. While Pepper’s tune ultimately became an improvisational anthem for jazz-world musicians of a certain age, it also caught the ears of semi-enlightened rockers partial to the grounded religious traditions of the American Indian. Since that era, “Witchi Tai To” (it’s also been released as “Witchi-Tai-To,” “Witchitai-To” and “Witchitaito”) has taken on a life of its own, even outliving Pepper, who rerecorded his classic composition on two more albums before dying at the age of 50 in 1992.

So, here are some vintage examples of the spirit song’s curious trajectory—it’s been recorded dozens of times, performed live even more, and there are plenty of inspiring versions still waiting to be uncovered.

Everything Is Everything, 1969
The original. One-hit wonder Everything Is Everything released its cosmic single on the Vanguard Apostolic imprint to a surprisingly positive response. With composer Pepper singing lead, the band laid down a soft, pulsing rock rhythm that gently opens up into a soaring melodic refrain. Chanting the simple verse over and over into infinity with ornamental flute, saxophone and bells, Pepper leads Hills, guitarist Chip Baker, organist Lee Reinoehl and drummers John Waller and Jim Zitro up to the next level of consciousness in just less than three minutes. The track was later used quite dramatically in the movie Sleepers. In any case, let the games begin.

Topo D. Bil, 1969
This stately version was the first single issued on the famous Charisma label in the U.K. It’s performed by “Legs” Larry Smith of the Bonzo Dog Band; label founder Tony Stratton-Smith claimed “Legs” wanted to record either this song or “Springtime For Hitler.” Luckily, Pepper’s prayerful tune won out over the Mel Brooks ditty. They used the pseudonym Topo D. Bil because the Bonzos were still under contract with United Artists. Supposedly, the track features Bonzos Roger Ruskin Spear and Dennis Cowan as well as loons like Keith Moon and even members of Yes. Whether it’s an odd parody or a sincere homage, this recording is undeniably anthemic and totally engaging. Kudus to Ed Ward for reviewing the single in Rolling Stone at the time, and dig the horns!

Harpers Bizarre, 1969
Future Warner Bros. staff producer Ted Templeman (Vans Morrison and Halen, Doobie Brothers) was a member of this accomplished sunshine-pop ensemble. The song was chosen for the album Harpers Bizarre 4, so somebody in there had to be hip. Signed to the W.B. and produced by Lenny Waronker (Randy Newman, Ry Cooder), the group already had some success with Paul Simon’s “The 59th Street Bridge Song (Feelin’ Groovy)” and also performed the music in Paul Mazursky’s romantic dope comedy I Love You Alice B. Toklas, starring Peter Sellers. With slide guitar courtesy of Cooder, smooth group harmonies, swelling strings and bells buzzing gently throughout, this was almost certainly Waronker’s soft-psychedelic, subliminal triumph and likely designed specifically for headphone use. Try it—you can literally feel the water spirit spinning ’round your brain.

Brewer & Shipley, 1969
Mike Brewer and Tom Shipley were idealistic Midwesterners who lived in L.A. briefly to play music. Socially conscious folk/rock performers, the duo managed to make two solid records before finally abandoning the Hollywood wasteland. In 1969, sophomore album Weeds was released on the Kama Sutra label, produced by the formidable Nick Gravenites (Janis Joplin, Paul Butterfield Blues Band) and featuring a smart lineup of quality musicians. True hippies, Brewer & Shipley sincerely related to the resurgent Native American scene, so playing this song just made sense to them. Simplifying the tune by using a riff similar to Lou Reed’s iconic “Sweet Jane,” they employ the tabla, multiple guitars, rich harmonies and a light rhythm section—transforming the chant into a mainstream sing-along without sacrificing Pepper’s uplifting intent. Of course, B&S became known for yet another dope anthem: “One Toke Over The Line.” Go figure.

Jim Pepper, 1971
Recorded in NYC in 1971, Pepper reclaimed his signature tune for his solo debut, Pepper’s Pow Wow. Only now he was playing with progressive peers and had received encouragement to explore his Native American roots from prescient jazz rebels like Don Cherry and Ornette Coleman. On the Embryo label with its inimitable die-cut cover, the album included notable jazz-rock drummer Billy Cobham, bassist Chuck Rainey and Pepper’s old buddy, guitarist Coryell. The opening chant is more overtly traditional this time, and the song stretches out over seven minutes, displaying its instrumental strength and emotional power. Pepper himself is in spiritual post-Coltrane blowing mode, while Coryell was wrestling with his own Jimi Hendrix fixation. Pepper’s sonic universe had clearly blossomed into an all-encompassing jazz/rock/world-music sound of great resonance, as evidenced by this performance.

Jan Garbarek-Bobo Stenson Quartet, 1973
By 1973, “Witchi Tai To” had evolved into a durable jazz standard where likeminded musicians might take a stab at the structure and content of Pepper’s mystic composition and come up with something evocative, beautiful and a little bit different. Hence the title track on this ECM album by the Jan Garbarek-Bobo Stenson Quartet. Half Swedish (pianist Stenson and bassist Palle Danielsson) and half Norwegian (saxophonist Garbarek and drummer Jon Christensen), the Scandinavian foursome embraced Pepper’s tune with knowing intuition. Garbarek played in a style similar to Pepper, and soon after this recording, American piano legend Keith Jarrett drafted Garbarek, Danielsson and Christensen for his own “European Quartet” and made five albums of comparable material. The Witchi Tai To LP remains a high-water mark in the ECM catalog, and the song is an obvious highlight.

Oregon, 1974 and 1978
Springing fully formed from the confines of the Paul Winter Consort, this quartet played a unique brand of improvisational jazz suffused with world music, which somehow made Oregon the perfect group to cover Pepper’s illuminative tune. Ralph Towner and the other Oregon guys liked “Witchi Tai To” so much that they recorded it at least three different times, and it became a staple for both Towner and Oregon in concert. The group’s 1974 performance from the Winter Light LP is a brief, reflective meditation featuring Towner on piano and the late Collin Walcott strumming the dulcimer. Four years later, the band tried it again on Out Of The Woods. This time, Oregon let things unwind, interacting for eight-and-a-half minutes with Walcott on sitar, Towner on acoustic guitar and piano, Paul McCandless on oboe and Glen Moore playing stand-up bass. Both versions are lovely.

Jim Pepper, 1983
One more time! Pepper reprises his most famous song alongside Brazilian percussionist Nana Vasconcelos, drummer Hamid Drake, pianist Kenny Werner, bassist Lester McFarland and guitarist John Scofield. Pepper sounds inspired, and the other musicians rise to the occasion for this version, off Comin’ And Goin’. Recorded impeccably for the classy little Antilles label, this album was a culmination of Pepper’s earthly experience at that time. Perhaps not so many surprises here but still a refinement, passionately played and spiritually uplifting. What more can we say but, “Sing along if you know the words.”

BONUS TRACK
Michael Stanley, 2006
Looks like we’re not only ones to notice Brewer & Shipley’s version of “Witchi Tai To” sounds a lot like the riff from “Sweet Jane.” Cleveland rock journeyman Michael Stanley combined the two tracks on 2006’s The Farrago Sessions with entertaining results. Both songs were anthems, written in the same era, and Stanley manages to make them sound as if they’ve been sung together forever. Just because, you know, those were different times.