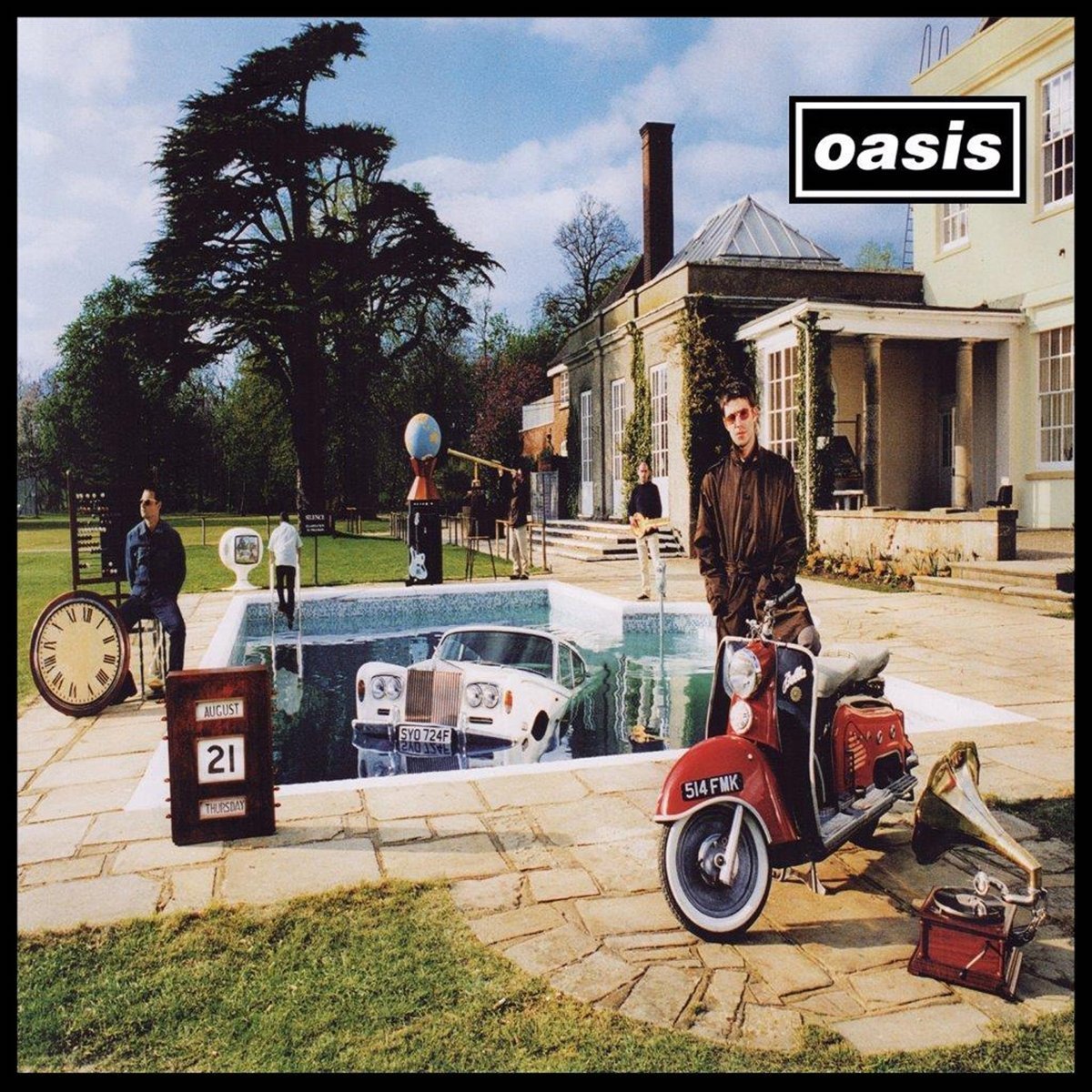 Love: The first ever “gig” I went to was Oasis at the Astoria (which is now a branch of Santander) in Cardiff in December 1994. I thought I was going to be crushed to death, but a great time was had by all. I loved and wanted to be them with all of my being for about three years. Despite this, I think I’m the only guitar player of my age, hair type and class who can’t play “Wonderwall.”

By the time Be Here Now was released in 1997, I’d fallen off the Oasis bandwagon due to snobbishness. I remember being driven by a friend to London from Cardiff one day that summer and falling asleep as the opening strains of “D’You Know What I Mean?” started. I woke up a few hours later feeling refreshed, and it was still going. It is a long record.

In 2016, inspired by Noel Gallagher remixing “D’You Know What I Mean?” I went through the album and did my own “re-think.” As I didn’t have access to the master tapes, I just chopped out the unneccessary songs (hello “Magic Pie”), shortened the too-long songs (hello “It’s Gettin’ Better (Man!!”) and put bits of others in the good songs (the hilarious scream from “Fade In/Fade Out” in the middle of “D’You Know What I Mean?”). Now, even though it’s only eight-songs long, it’s a tight 50-odd minutes of quiet bass-end goodness.

I’m available for other remixing work …