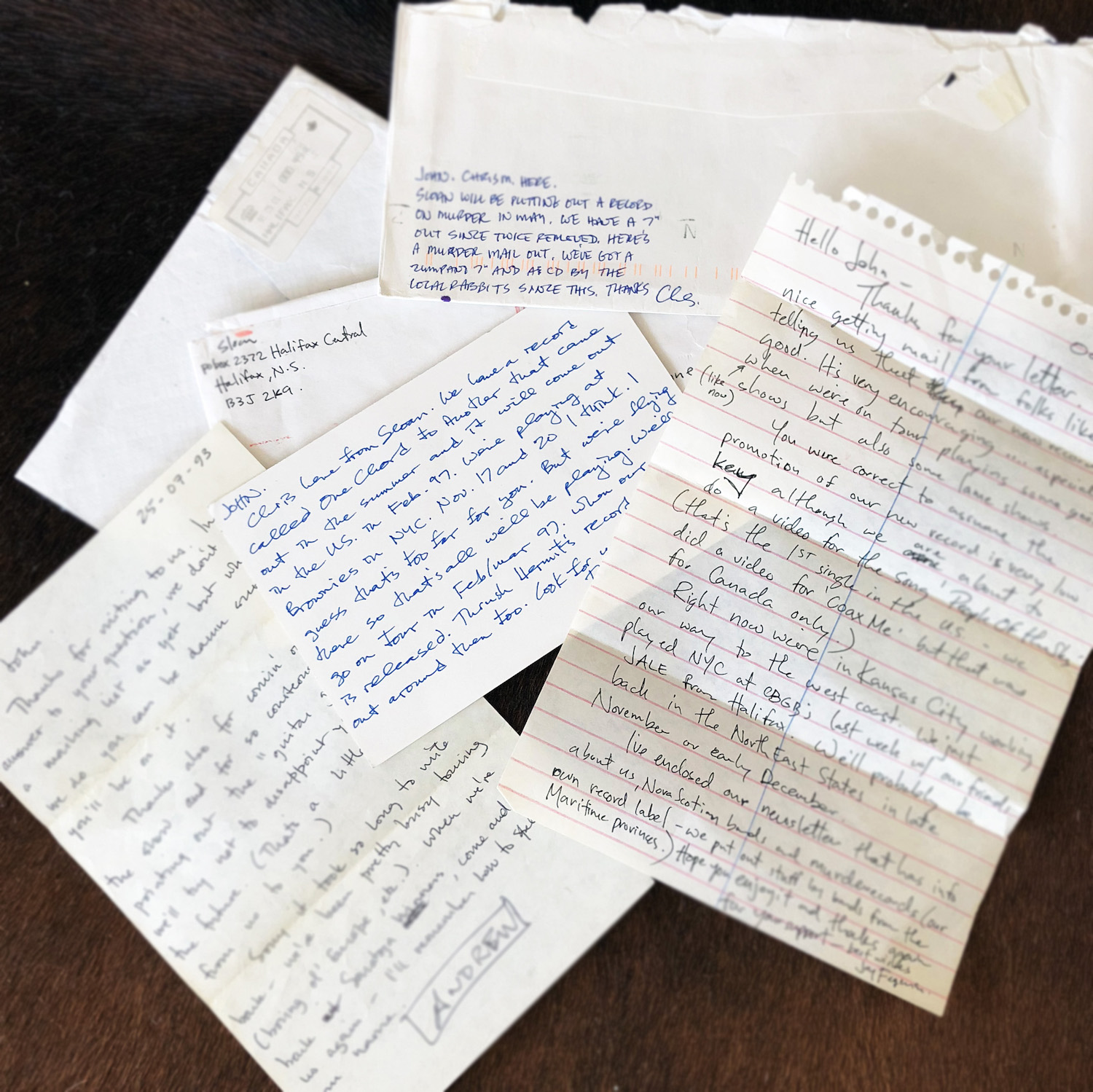 Brodeur: Being a rather sickly child kept me indoors a lot, so records were my friends. I’d examine every inch of the liner notes, memorizing the names of every session player, publisher and accountant listed on the sleeve. In those days, before Al Gore discovered the internet, there was the U.S. Postal Service. And if you were a fan of music and desired some kind of connection to the musicians you loved, you might send a letter and a self-addressed envelope to the address printed on the inside of your favorite band’s record jacket. I did this all the time, from the time I was old enough to lick a postage stamp. From Aerosmith’s “Aero Force One” and Pearl Jam’s “Ten Club” to every second-tier pop-metal act on the market, I put pen to paper and expressed my undying adoration—or at least fleeting interest.

Patience was the key. A note to, say, the Enuff Z’Nuff fan club might not yield a response immediately, but usually something would turn up in the mailbox several weeks, sometimes months, later. Often a photocopied newsletter, merch catalog and maybe a sticker or some other promotional swag. But sometimes the bands would actually write back. Case in point: the Canadian band Sloan, who I first wrote to in 1993, when their Smeared album was freshly out in the States. Dudes took the time to include funny little handwritten notes on all of their correspondence, a term I use because this familiar touch inspired me to write them several more times over the years. Somewhere I have a stash of a half-dozen or so postcards and envelopes with personalized messages from the Sloan dudes. Even if they weren’t one of the great pop bands of the last quarter-century, I’d still be a huge fan because of those early interactions.

Speaking of the personal touch, I wrote to Nirvana right after Nevermind came out, and nothing happened for what seemed like an eternity. Then, one day, there was an envelope. Inside, a photocopied merch form (printed over an a 16 magazine ad for a celebrity home-address guide—yikes) and a snarky “form letter” on yellow paper—personally signed by all three members of the band. Instantly and for all time, the coolest piece of rock memorabilia I own. 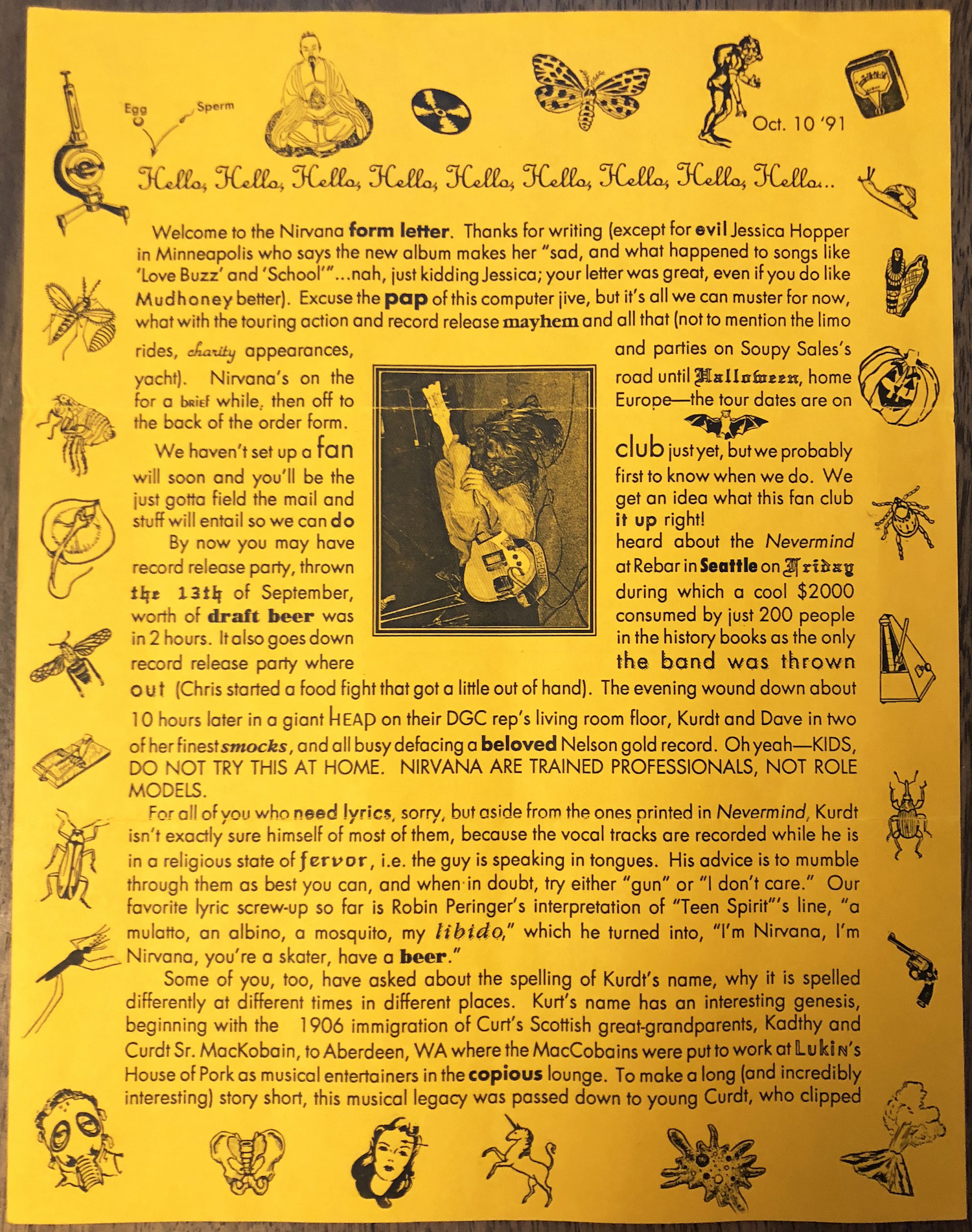 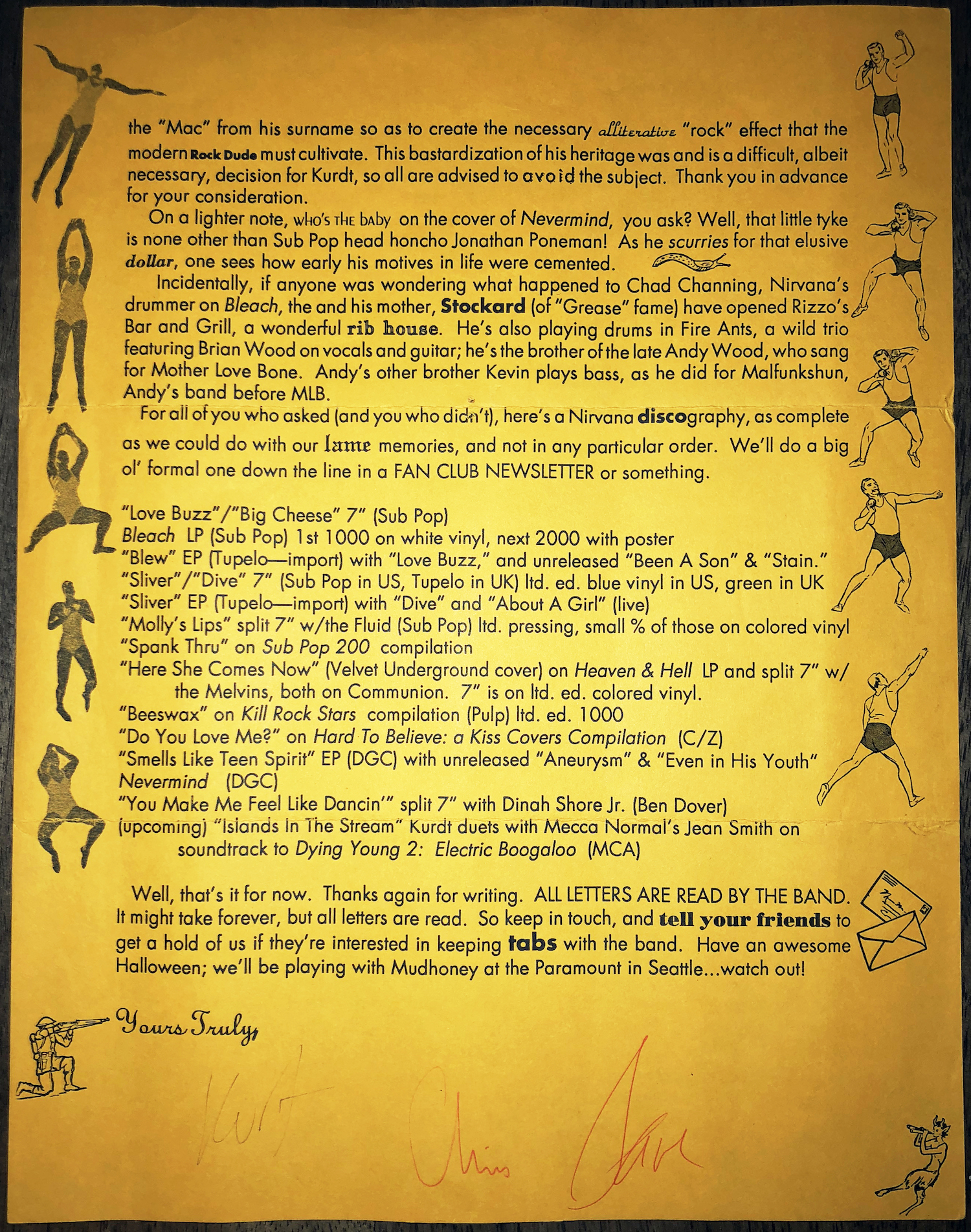 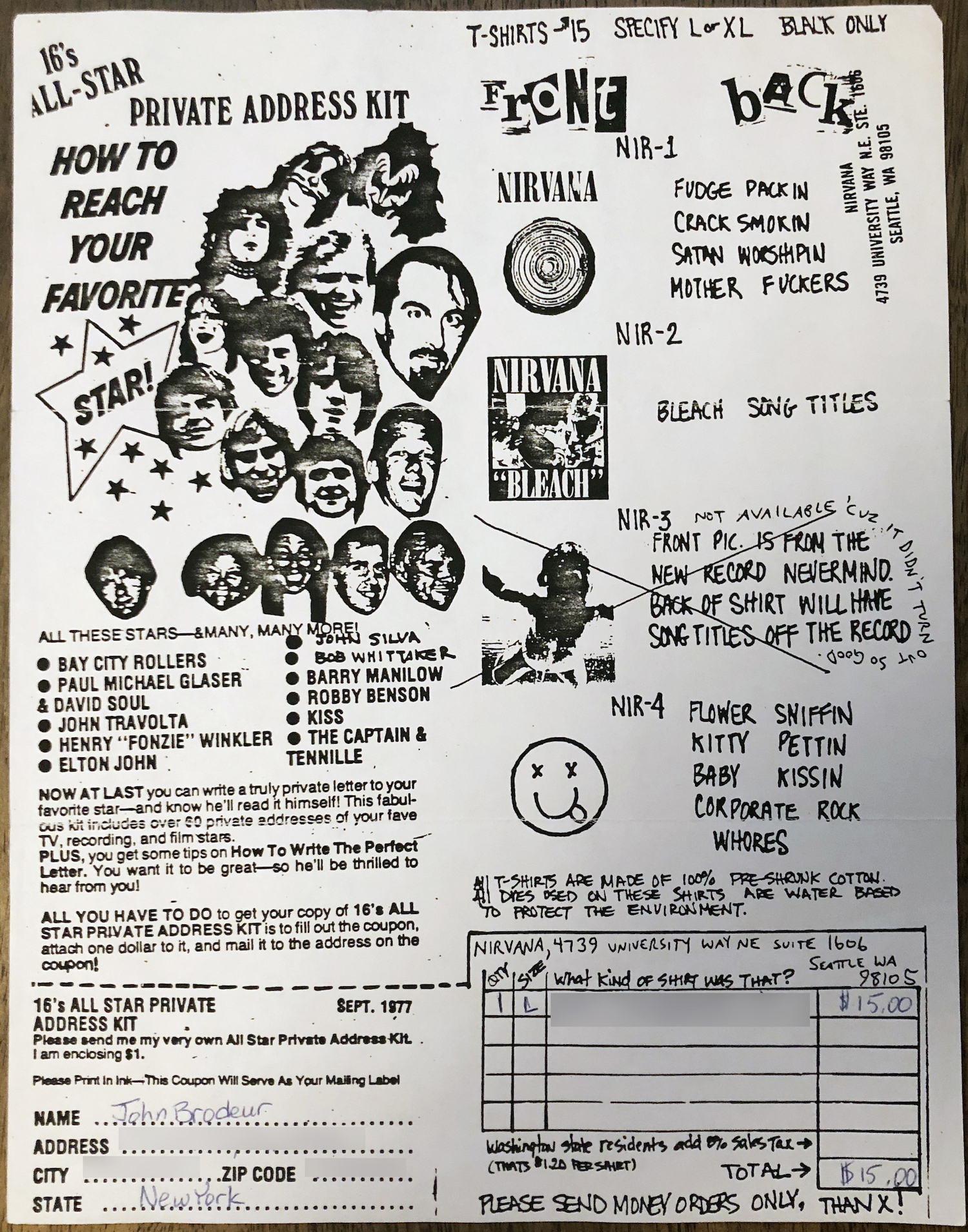