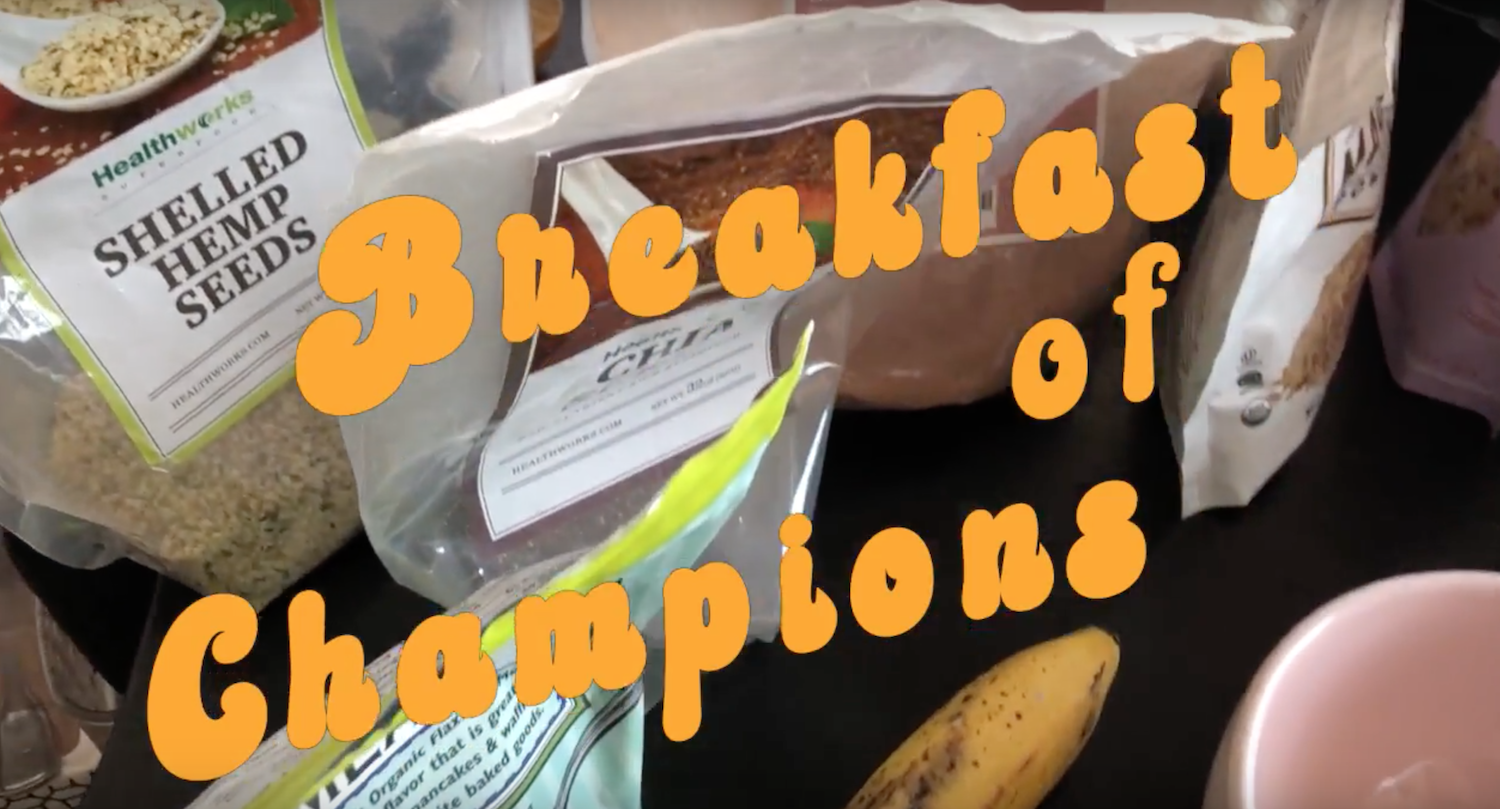 Brodeur: It’s the most important meal of the day, right? When I was younger, I would just grab an egg-and-cheese sandwich from Dunkin’ Donuts or some such crap factory. Which I’m sure is perfectly fine if you do it once a week, but this was often. When I went vegetarian and attempted to eat healthier, I would at best consume some yogurt or granola among the day’s first four cups of coffee. (Note to self: Maybe this is why you’re so anxious all the time?)

Having moved to a vegan diet a few years ago, I find that a protein-rich and low-sugar breakfast is crucial to my daily routine, as much as I have one of those. Nowadays, I take my morning gallon of joe with a big old bowl of seeds and powders. Righteous energy food. Did you come here looking for a recipe? Well, you’re getting one.

JB’s Breakfast Of Champions:
I start with a base of Nature’s Path granola. They sell this stuff at Trader Joe’s for three bucks a box, but you can usually get it in bulk from the bins at your local hippie-friendly market or co-op. I go for the hemp- or pumpkin-seed variety because they aren’t sweetened with honey. Add to that a small handful of pumpkin seeds, a big pinch of dried coconut flakes, seven or eight crushed cashews, a small handful (or large fingerful) of goji berries, roughly a half tablespoon of cacao powder and somewhere around a tablespoon each of flax, chia and hemp seeds. Sometimes I add about half a teaspoon of maca and/or chlorella powder. Top with fresh blueberries or sliced banana. This morning meal will set you straight and keep you on your game well into the afternoon hours—which is perfect for someone like me who routinely forgets to eat lunch.