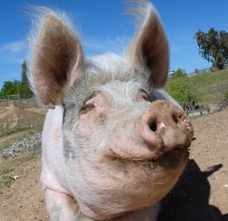 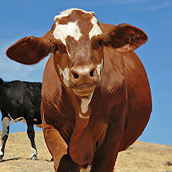 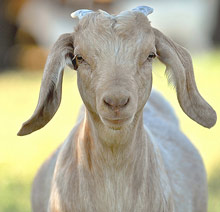 Newman: Farm Sanctuary is a rescue and rehabilitation center for farm animals; it’s a cause my wife and I support. I’m not a freaky vegetarian who wants to make sure animals are never killed or eaten, but I think it’s important that they’re treated humanely. Factory farms are pretty disgusting. Everybody loves animals, don’t they? I think it’s important for people to remember where their food comes from. Food isn’t just a magical thing that shows up. It’s weird to talk about; I don’t want to seem like a hippie. Nevertheless, it’s important.

One reply on “From The Desk Of A.C. Newman: Farm Sanctuary”

Thank you for the kind words about Farm Sanctuary! We loved your show at the State Theater a few months back. It’s not often that we get great bands through Ithaca and we appreciate the love. Poor Neko with her sore throat was a trooper! When you come back to Ithaca for your gig in March, you should stop by our New York Sanctuary. We’re only 40 minutes away…just give us a call and ask for Tricia (I’m the comms director). We’ll arrange a tour so you can meet all the animals you help support!