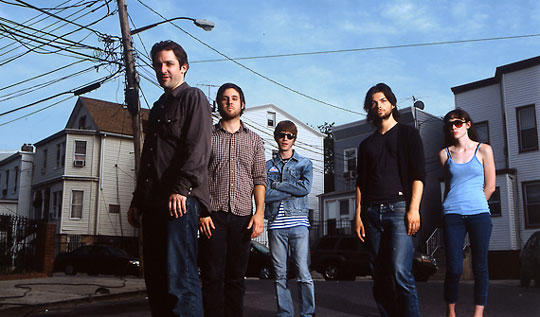 Unabashedly backward-looking power-pop act the Rosewood Thieves are at it again in the wake of last year’s debut album, Rise & Shine, this time tapping “King of Rock ‘n’ Soul” Solomon Burke for an EP of covers titled Heartaches By The Pound. That a band with such a deep appreciation for musical history would go crate-digging for material shouldn’t be a surprise to anyone familiar with the Thieves’ rollicking vintage-rock stew, but what is a bit surprising is how naturally the collection came together. Sandpaper-voiced singer Erick Jordan was first exposed to Burke’s craft after hearing the Zombies’ cover of “Can’t Nobody Love You” (a song the Thieves also tackle on this collection), and from there his musical fascination grew, only to be helped along by—of all things—modern technology. “He MySpaced us, actually,” Jordan told MAGNET last year. “I said something about [my admiration for Burke] in a different interview, and I guess somebody forwarded it him so now we’re like ‘friends.’” That friendship developed to the point where Burke also wrote liner notes for the EP, which will be available for purchase at Rosewood Thieves shows starting February 20 in Philadelphia, as well as through iTunes and other online outlets on March 24. Complete tour dates after the jump. Read our profile of the band here.

“Can’t Nobody Love You” from Heartaches By The Pound: