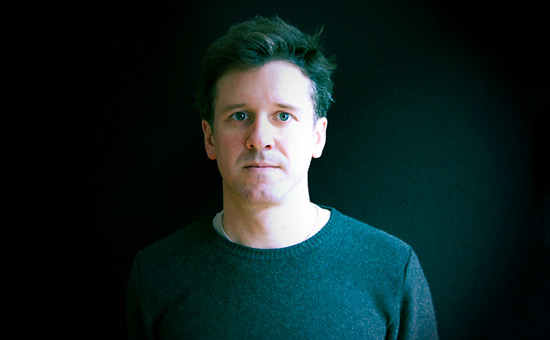 Outdated reference point or not, the anti-apathy sentiment on Superchunk‘s sophomore single “Slack Motherfucker” still seems characteristic of Mac McCaughan 20 years after he wrote it. The recently dormant Superchunk is moving again, with a new EP (Leaves In The Gutter), an appearance at Coachella and a possible album on the horizon. Of course, McCaughan also fills his time with solo project Portastatic and co-ownership (with Superchunk bassist Laura Ballance) of Merge Records, which might be responsible for more indie-rock classics than any other label in the past two decades. MAGNET spoke with McCaughan to ask about the status of Superchunk, the mysteries behind Merge and the appeal of North Carolina ice hockey. As if being in multiple bands and running a label weren’t enough to keep him busy, McCaughan will be guest editing magnetmagazine.com this week.

MAGNET: If I’m not mistaken, you’re a Duke fan rather than a North Carolina fan. How are you feeling these days?
McCaughan: I feel fine! My parents both went to Duke, and I worked there in high school, at the meal hall and the radio station—guess which was more fun? Until I was 12, we lived in Ft. Lauderdale, then we moved to Durham when my dad got a job at Duke, where he went to college and law school. We got here, and I didn’t really understand how much people cared about this stuff. All the assholes at my high school were UNC fans, so I was like, “I guess I’m definitely a Duke fan.” We live in Chapel Hill, though, and we’re surrounded by Tar Heels. I’m used to it by now, so I don’t get too worked up about it. I’ve been to a Final Four, when Duke won in 2001, and I’ve been to game seven of the Stanley Cup Finals, when the (Carolina) Hurricanes won in 2006, and hockey wins, hands down.

When you started Merge, did you have any sort of long-term vision? I’m wondering if you thought you’d be 20 years down the road answering questions about such an anniversary.
I didn’t have much of a long-term vision at all. If you would’ve asked back then, I think I would’ve guaranteed that I’d be playing music 20 years later, but probably not that music would have become my “career.” Who would bet on that? We were just doing what was fun, and it got bigger and bigger.

What’s been the best part of being a label mogul? What stands out as particularly annoying?
I get annoyed when I have a fantastic idea and people don’t accept it immediately and without reservations. Fun, right? Annoying is dealing with the realities, financial and business-wise, of trying to make art. The best part is getting to hear any Merge artist’s new album for the first time and getting to know the artists we work with.

What do you think has been the label’s greatest accomplishment? Was there any band that you really wanted on Merge, but it just didn’t work out?
I guess one of our accomplishments is just still existing at this point and being able to grow and operate at a reality-based pace. We always kind of think there are plenty of great bands to go around and we have our hands full with the ones we’ve got, so we don’t worry too much about the bands we don’t sign. A long time ago, we tried to sign Sebadoh when they went electric, but Sub Pop stepped in with actual money. When we got the “Walking Away From You” seven-inch by Yo La Tengo in at the record store where I was working in ’91, that was a band I would’ve wanted to sign, but we wouldn’t have had the temerity to try to sign a band like Yo La Tengo to our cassette and seven-inch label. For so long, we kind of operated within the realm of people we knew—friends’ bands and friends’ friends’ bands. I’m still surprised at some of the bands we did get to work with back then—like the 3D’s for instance, from all the way around the world.

You may have seen our Over/Under on Merge releases. What are some underrated records you think we missed?
Every Lambchop record since Nixon is a masterpiece, and while loved around the world, they are virtually ignored by the music press here. Matt Suggs‘ solo albums are criminally underrated, as are David Kilgour‘s solo records. Gary Olson’s been focusing the Ladybug Transistor’s sound for years to great effect. Annie Hayden made two beautiful records after Spent broke up. Too many albums come out every week, and the more subtle and rewarding among them tend to get overlooked.

Who are you most looking forward to seeing at the anniversary show? How hard did you try to get Neutral Milk Hotel to play?
We don’t try too hard to get anyone to play. I mean, we would go out of our way for any of our bands to make it happen if they want it to, but if someone doesn’t want to play, forcing the issue tends not to help. For an event like XX Merge, it’s a ton of bands, which means no one is getting paid what they would for a normal gig, and people have to travel long distances to play one set and may not get a soundcheck, etc. People come play the anniversary because it’s like a big family reunion—it’s fun and it’s sweaty, and it only happens every five years.

Anything planned for anniversaries 25 or 40?
Let’s see, our 25th anniversary will take place in 2014, so I guess we’ll have the shows in our space pods in space and play space guitars. That’s what the future’s like, right?

It’s difficult sometimes to even talk to an ex, let alone run a business and be in a band with one, like you and Laura have done. How easy or difficult was it to continue Merge and Superchunk while dealing with that sort of issue?
Well, the decision to continue was easy. I don’t think we really even talked about not continuing the label or the band. The road after that is not always smooth, but what band’s life is? We were only 25 at that point, so I don’t think either of us was ready to hang up the rock ‘n’ roll shoes quite yet.

The closing of Touch And Go’s distribution arm caused a lot of discussion. What effect has it had/will it have on Merge and on indie labels in general?
I think psychologically the effect is that small labels everywhere are probably freaking out. In real world terms, it means that the most efficient, well-run and honest indie distributor you can imagine couldn’t make a go of it in this retail climate, which is pretty depressing. For Merge, it means that we need to find a way to get our records into the independent stores that Touch And Go serviced so well—the stores that cater to Merge fans—which won’t be easy to do.

Merge records are now all available via download. Do you foresee a time when that will be the only mode of music distribution?
I hope not, because while digital distribution is efficient in some ways, and certainly convenient, almost all connection between the fan and the music and the artists is lost when the only way you’re interacting with music is via your computer. It makes people feel like the music they’re stealing, or even buying, has little or no value because it’s a crappy-sounding mp3 that took two seconds to download and then gets filed away on a hard drive somewhere with nothing tangible attached to it. It’s not how I relate to music, and Merge is a reflection of Laura and myself, and also of people who buy our records, and I don’t think it’s how they relate to music, either. I buy music all ways—physically, digitally—and I love having an iPod to take in my car or on a plane, but when you lose the community of the record store, and the human connection with the music that you listen to, then it becomes something less than it is.

Other than a few tracks here and there, the new Superchunk EP is the band’s first product since 2001’s Here’s To Shutting Up. Why no Superchunk stuff until now, and why now? Is it a prelude to an LP?
Hopefully, it’s a prelude to more activity, including possibly an album, but we still work in spurts at this point. Jon (Wurster) is touring with the giants of independent music, and we’re busy with families and Merge, so we can’t hunker down in a studio for two weeks and crank out an album—though that does sound fun, actually. We’re taking it in phases. We have some new songs and have to figure out how to document them and get them out there.

What’s next for Portastatic?
To the extent that Superchunk is active in the coming weeks, Portastatic has to take a back seat. Finally getting out (b-sides and rarities collection) Some Small History was a task, and I don’t want to start piling up the tracks quite yet for volume two. I did a short piano piece for a film soundtrack, and I just contributed a cassette’s worth of music and artwork to the 2009 Spillage Fete, on display right now, which is a pretty cool thing in the U.K. But since I finished that, I’ve just been working on Superchunk stuff.

3 replies on “Q&A With Mac McCaughan”

[…] magnet recently talked with mac regarding the state of merge, the music biz, superchunk, portastatic, and more! check it out here. […]