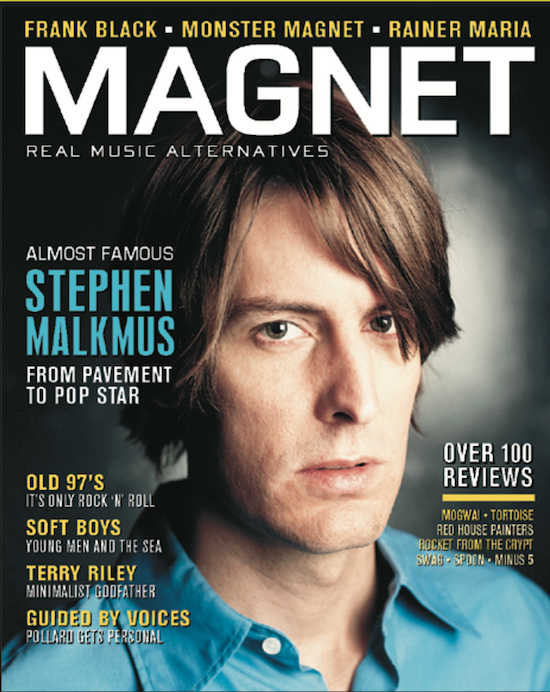 Well, today’s the day you’ve been waiting for, summer babes and jagbags. Stephen Malkmus And The Jicks are releasing Sparkle Hard (Matador), their first new LP in more than four years. It’s hard to believe the band is already on album number seven and has been together almost twice as long as Pavement was. The 11-track LP was produced by Chris Funk (Decemberists) and features Kim Gordon on one song. Check out a short film on Sparkle Hard here, and listen to album tracks “Shiggy,” “Middle America” and “Refute” (the Gordon track).

MAGNET’s not-so-secret history with Malkmus started when Pavement was on the cover of issue #7 back in 1994, around the release of Crooked Rain, Crooked Rain. We did the interview with Malkmus at the TGI Fridays near the Matador office in Lower Manhattan. (He picked the location, behaved like a diva for most of the interview, then apologized for acting so bratty.) Over the years, we’ve had plenty of interaction with not only Malkmus (he’s been on the cover of MAGNET four times: three with Pavement, one solo—issue #49, above) but also his father (we partied with Stephen Sr. at a wedding reception back in the day and called him a handful of years later to talk about his son for one of our cover stories).

Fun fact #1: When we were getting Malkmus’ clothing sizes to procure outfits to style him with for the 2001 cover shoot (yes, even California boys with style for miles and miles sometimes want to play dress-up for photo shoots), we discovered that he and MAGNET’s editor-in-chief had identical measurements. (At the time, they kind of looked alike, too, though obviously Malkmus is far more handsome than Miller.) Malkmus looked great in the clothes we got for him, but then again, a leisure suit is nothing to be proud of in this late century.

Fun fact #2: When our friend moved to Brooklyn, he started getting mail addressed to Malkmus at his new place. Turned out, he had moved into Malkmus’ old digs. In exchange for giving said mail to Matador to return to Malkmus, the label hooked our friend up with a bunch of free music. Guess Malkmus didn’t do well at keeping his address to himself.

But we digress … Put Sparkle Hard on your headphones and journey with us on our bike-lane ride down the shady lane that is the slanted-and-enchanted world of Stephen Joseph Malkmus. Transport is arranged.

First stop: our classic cover story from 2001 by Jonathan Valania with the opening line, “I’m driving Stephen Malkmus’ car.” With apologies to Gay Talese, we think of it as our “Frank Sinatra Has A Cold.” And, kids, don’t just see Stephen Malkmus—be Stephen Malkmus:

A decade later, Valania returned to Portlandia after the release of Mirror Traffic (our number-four LP of 2011), only to find that Malkmus was pulling a Bowie and moving to Berlin. But first we wanted to find out if the man that Courtney Love crowed the Grace Kelly of indie rock was abdicating his throne. 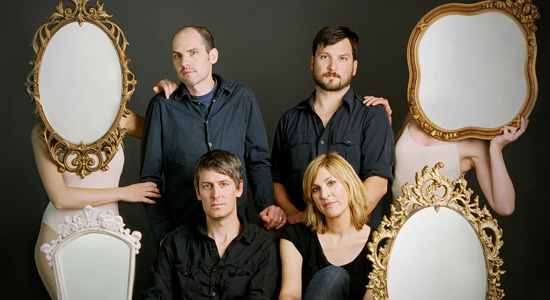 Though our MAGNET Classics feature is a staple of each print issue, we never made it the cover story, until 2015, when we detailed the making of Slanted And Enchanted—probably ’90s indie rock’s defining album—on the front of the mag. It also marked MAGNET’s first and only illustrated cover. 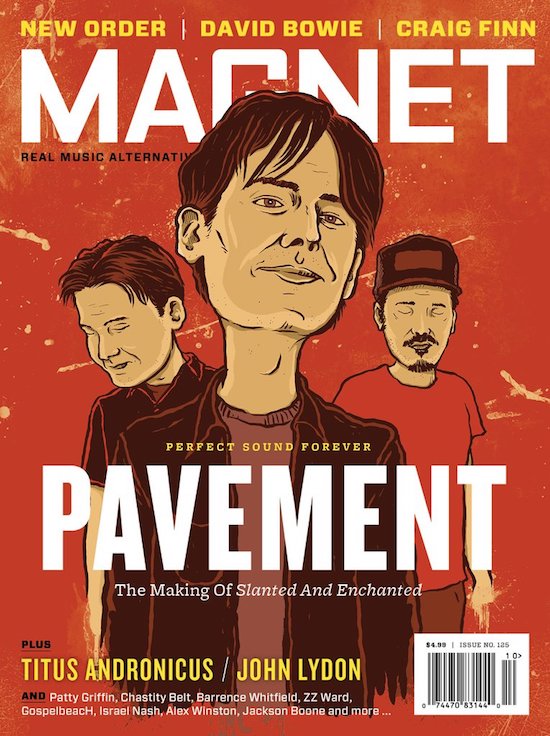 Exclusive Excerpt: The Making Of Pavement’s “Slanted And Enchanted”

Of course, when you’re an alt-rock hero, you have lots of famous fans. So it’s not surprising two of our web guest editors have written about Malkmus and Pavement. Fran Healy from Travis did it first, pounding the Pavement in 2010 …

Travis’ Fran Healy Is Happy To Hang Around: Pavement

… with Steve Wynn (Dream Syndicate, Baseball Project) getting all wowee zowee about Malkmus three and a half years later:

From The Desk Of Steve Wynn: Stephen Malkmus

Speaking of baseball—well, basketball—projects: Back in 2007, we had a mini-intervention with Malkmus about his fantasy-sports addiction. Here’s how he faced the truth: 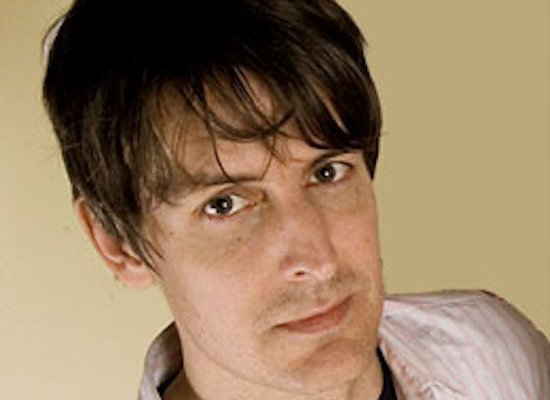 While some bands kill their idols, others cover them. R.E.M., the Fall, the Clean, Smashing Pumpkins and the Descendents have all had their songs given the Pavement treatment, but perhaps our favorite is Malkmus and Co.’s version of Echo & The Bunnymen’s classic “The Killing Moon”: 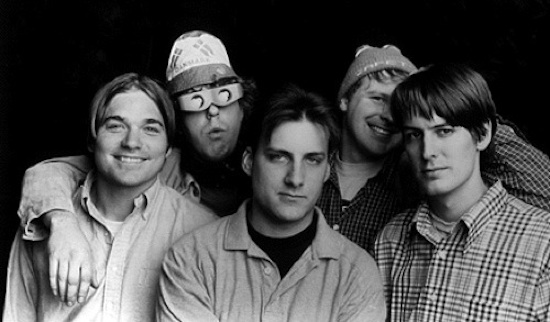 Oh, and one last thing: Malkmus turns 52 on May 30, ironically, the same age Grace Kelly was when she passed away. If you want to wish him a happy birthday, dial M for Malkmus.